Office and Commercial Building in Karlsruhe

The centrepiece of the extension to the planned city of Karlsruhe is ascribed to the classicistic architect Friedrich Weinbrenner. He had developed the central axis further in a north-south direction. This so-called ‘Via Triumphalis’ – beyond the baroque town and with the Kaiserstraße as its southern border – consists of a stirring sequence of spaces, forming squares and streets centred on the marketplace square.

The buildings fringing the square were reconstructed – with the exception of the northern side – subsequent to the destruction wrought by the Second World War. They are not identical with the pre-war structures, but their idiom does correspond to Weinbrenner’s urban plan and architectural pattern. The restoration on the northern side took place in the 1950s and conforms to the grammar of post-war architecture. Colonnades are found here in place of the arcade-motif typical of Karlsruhe.

One of the two buildings forming the corner of the ‘Via Triumphalis’ was to be replaced, as the repeated alterations to its interior did not suit the technical requirements for its use as commercial premises any more than did the height of its floors. A competition was meant to reveal what would be the better solution for the square and the city in terms of urban planning and architectural design: preservation of the façade or a completely new building.

On the basis of our studies of the pre-war period and of Weinbrenner’s planning considerations, we decided to incorporate this architecture, characterised by the placing of arches and its punched façades, into a new structure, in order to make a start on redesigning the site along the northern side in this way. To formulate our goal of dedicating the exterior of the building completely to the cityscape, we coined the maxim ‘first the city, then the house’.

In place of the colonnades, we continued with the neighbouring building’s arcades at the ground level. These are prefabricated components moulded in white concrete. The surface towards the square is bush hammered; the columns are tapered on the inner side and were given a very smooth finish. A horizontal bronze frieze separates the plinth level from the upper floors. There the façade has a smooth facing in a muted white tone. The alignment of the French windows follows a rhythm corresponding to the punched façades of the other buildings flanking the marketplace. Between them is a row of matte white, frameless window panes, which are visible in daylight only by looking closely. In the dark, these panes are softly illuminated from behind, lending the façade a second level of detailing.

The roof form also adopts the mass and proportions of the historical structures. The natural slate tiles give way in one area to louvers. Behind them are roof windows, which are not directly visible from the square but provide daylight to the upper floor.

Construction of the building led to considerable debate in the city. Alongside the controversy about the protection of buildings from the 1950s as monuments, the question was raised as to whether and when the corresponding building on the opposite side of the square should follow our example of urban completion. That building is now up for sale… 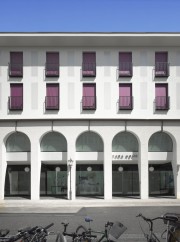 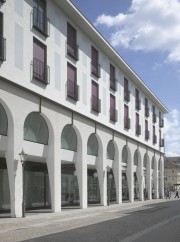 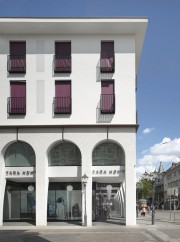 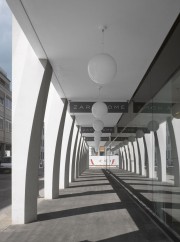 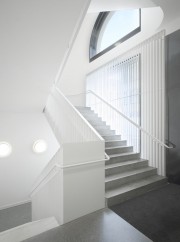 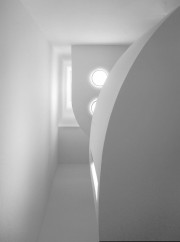 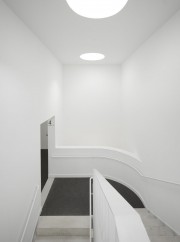 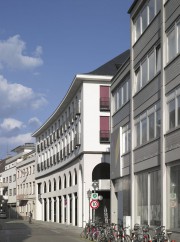 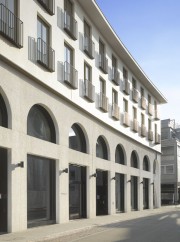 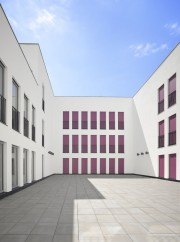 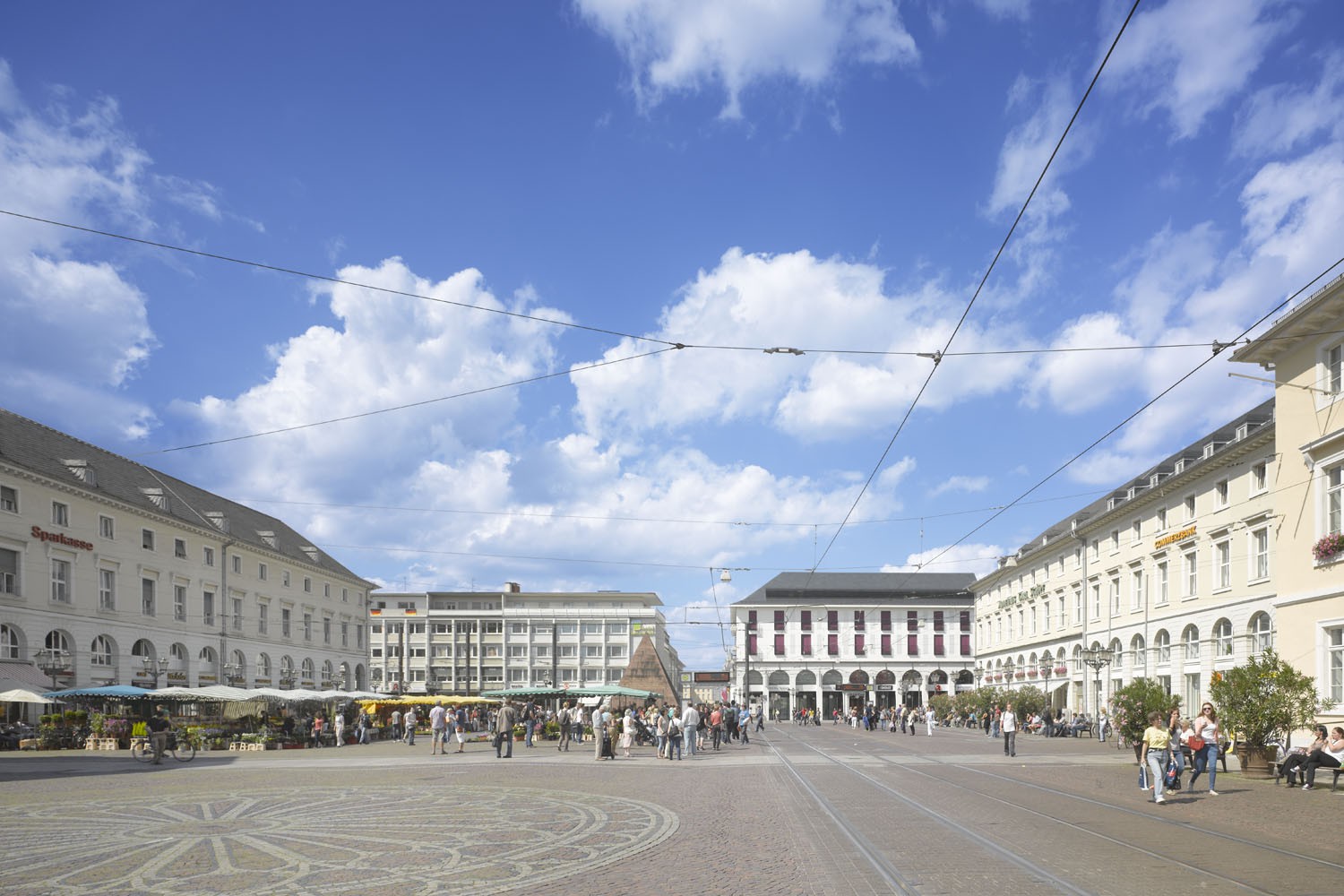 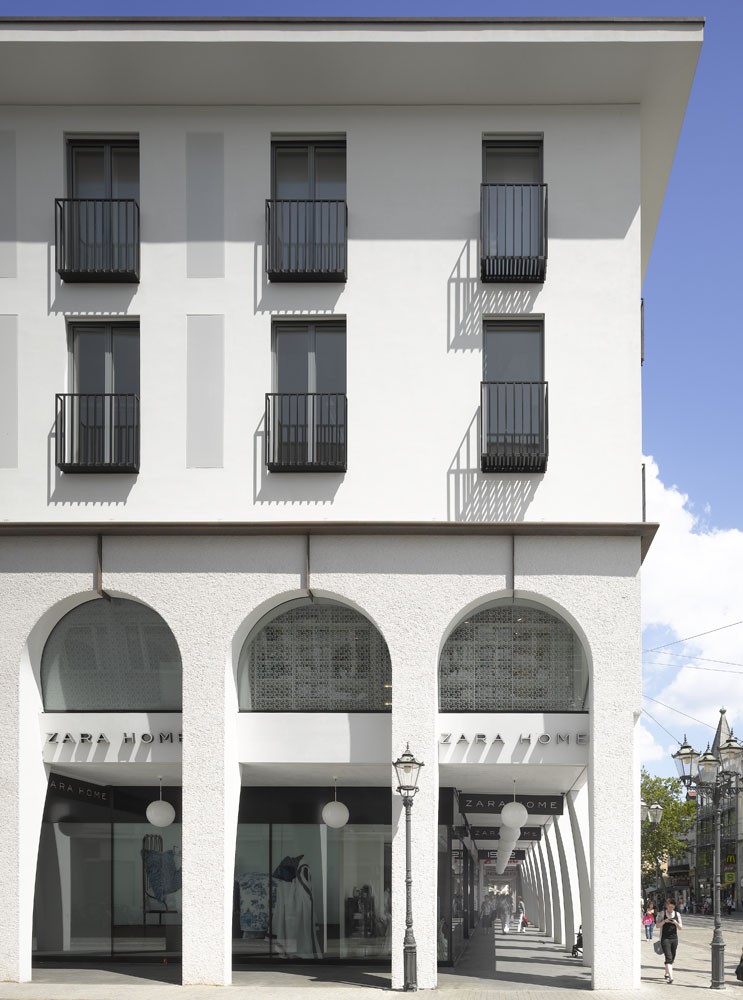 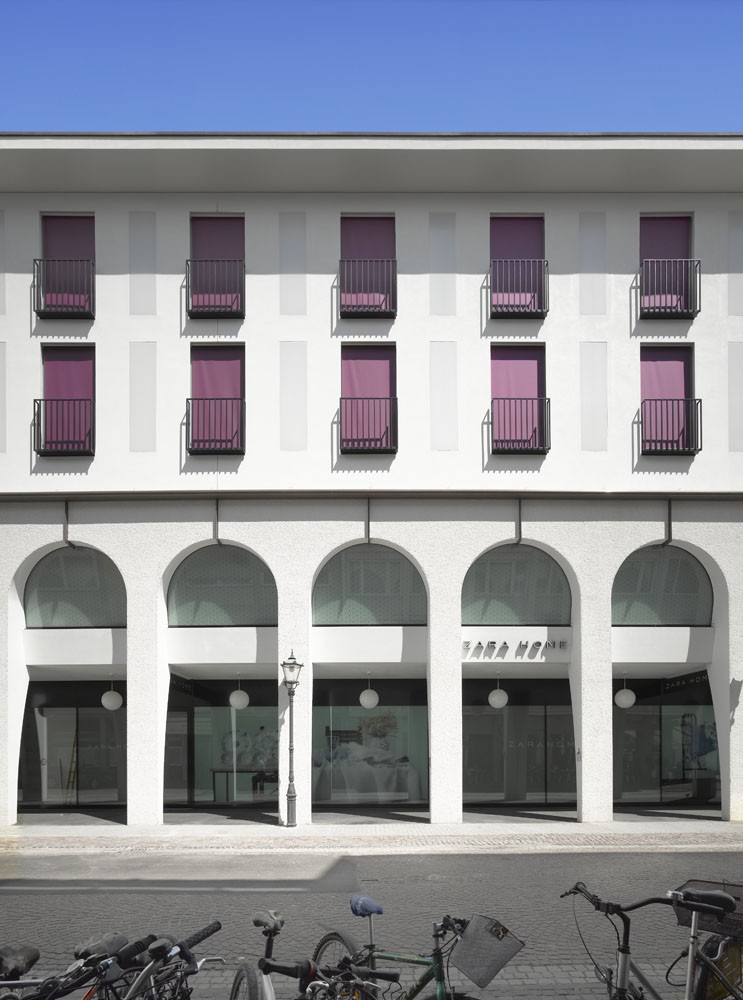 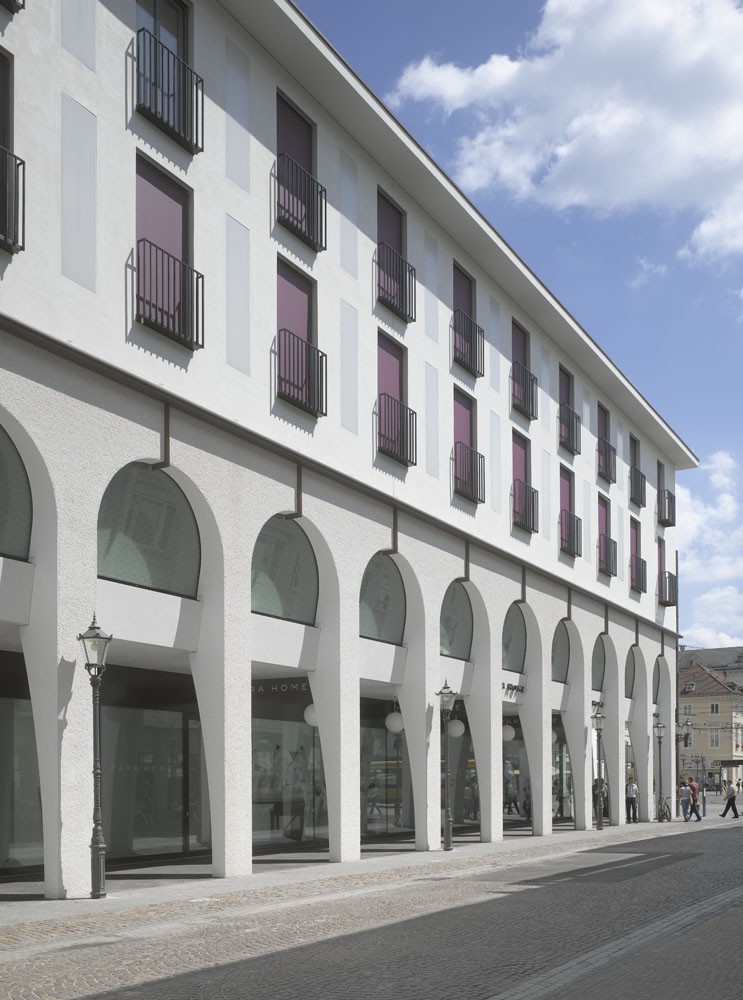 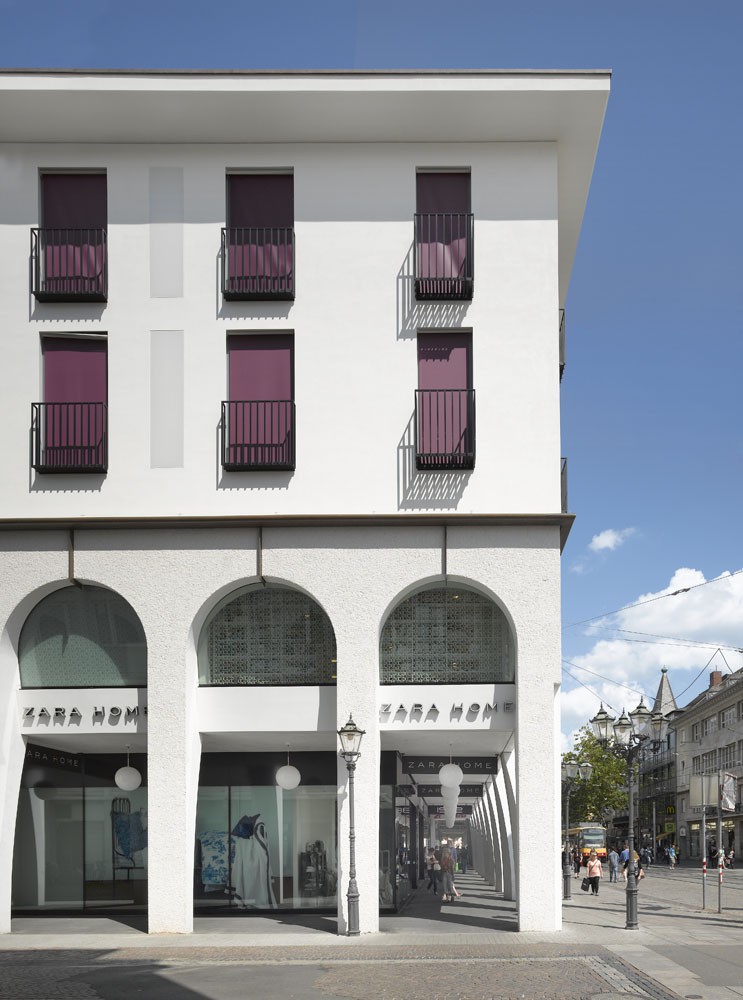 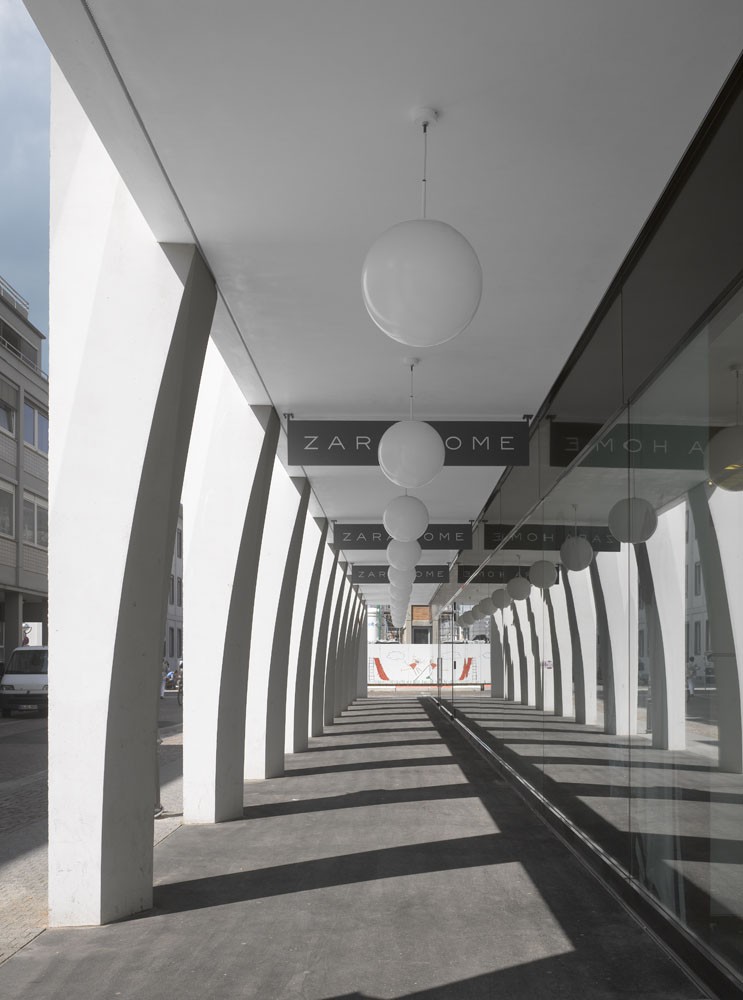 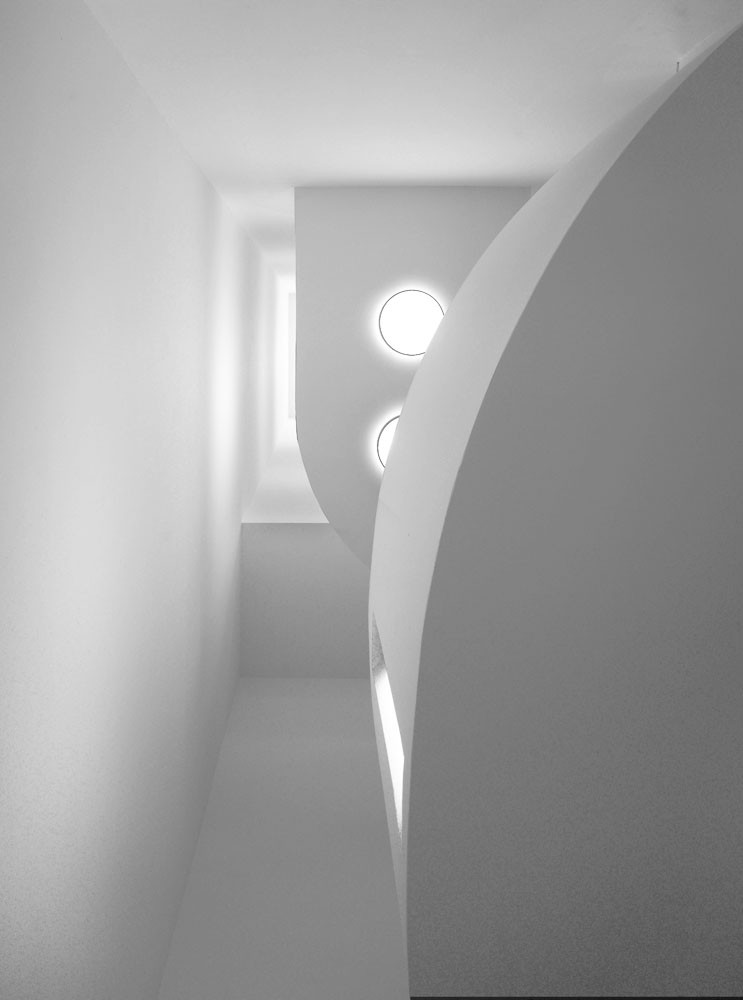 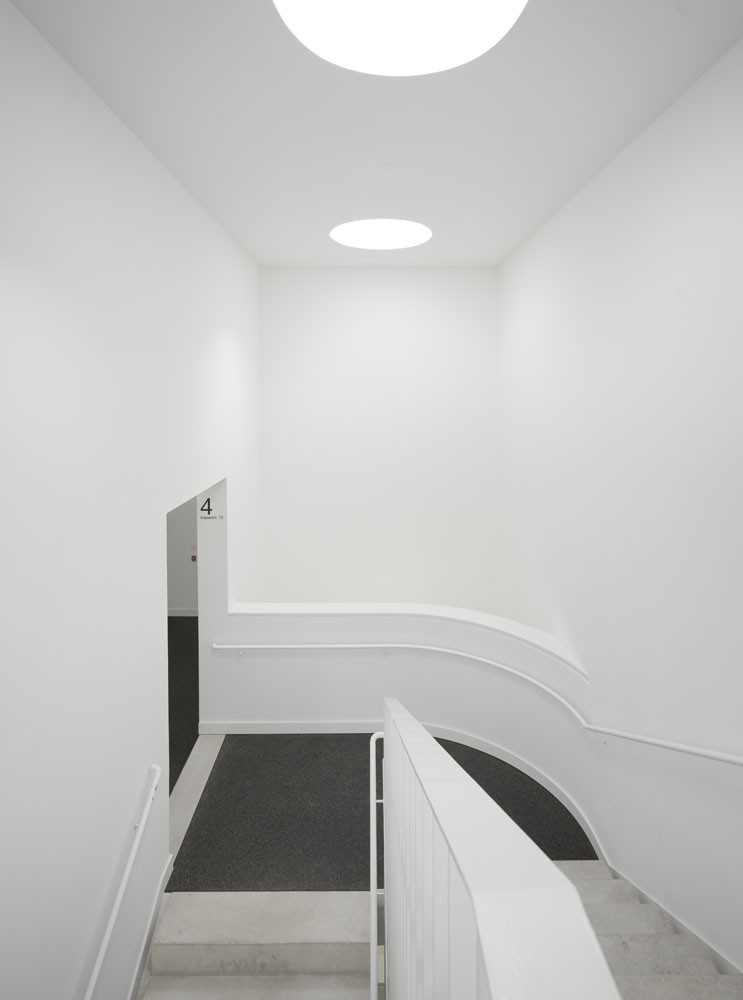 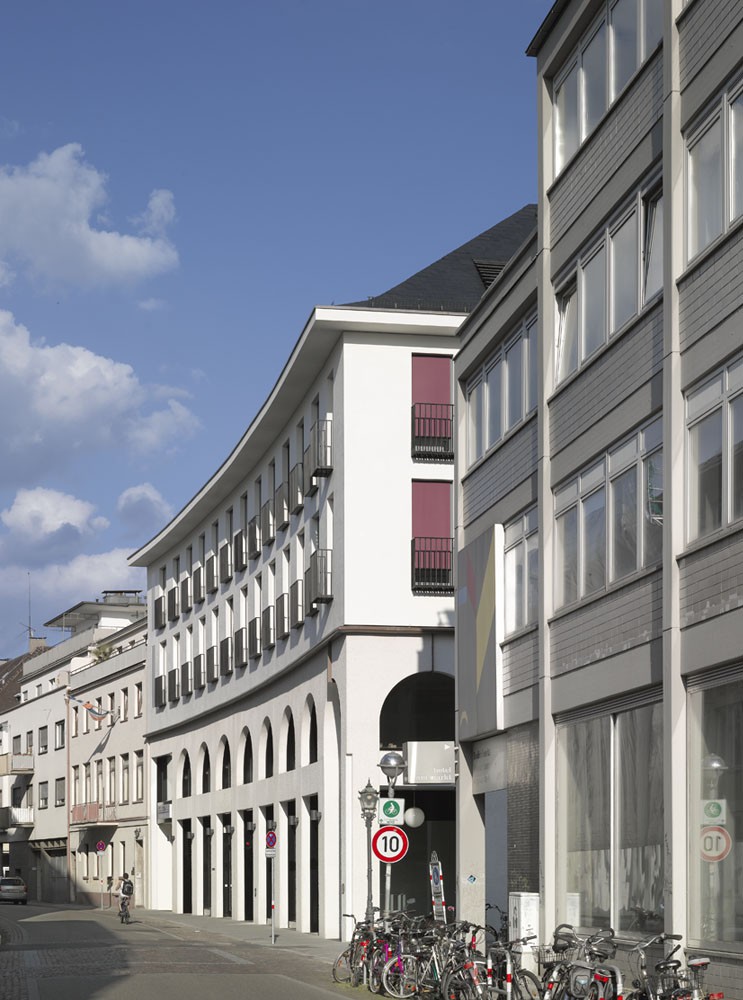 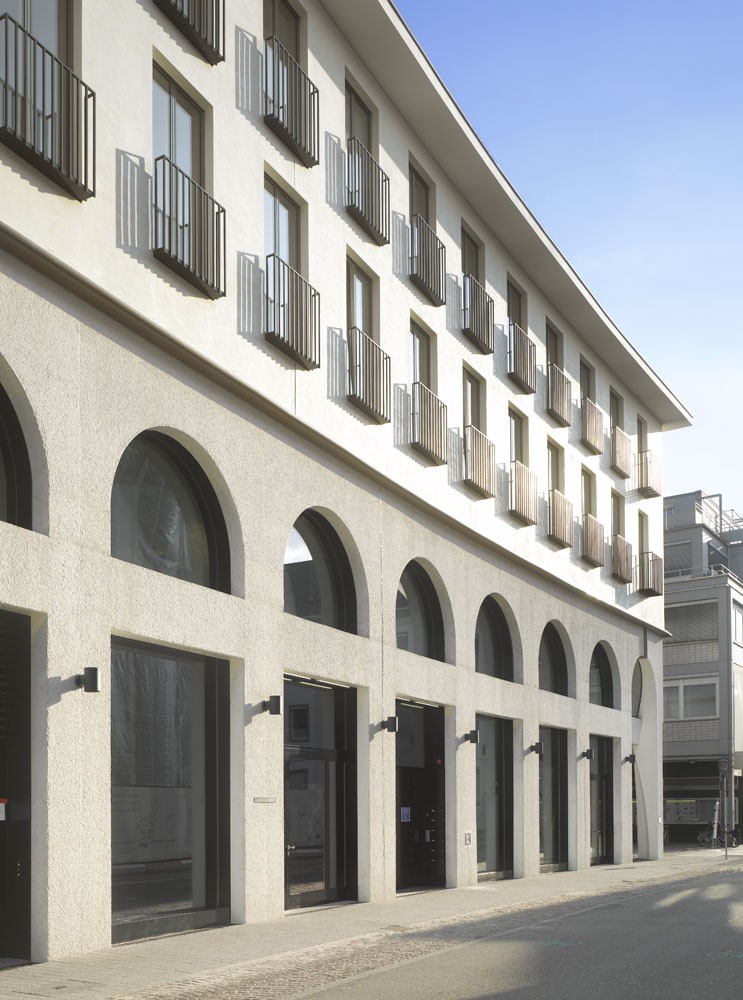 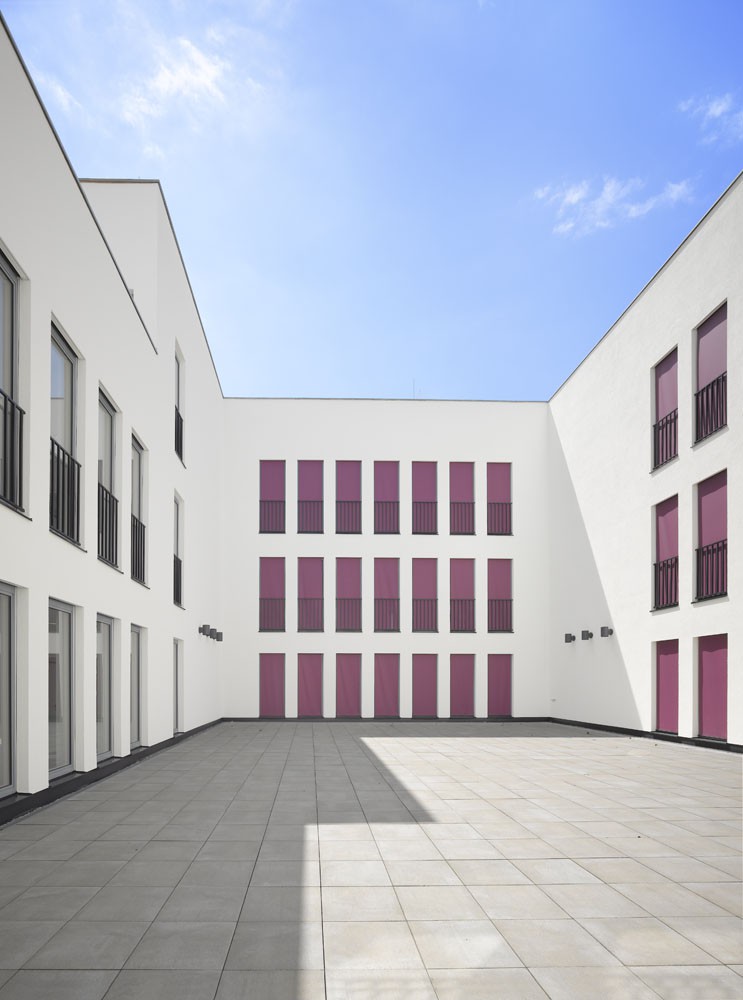 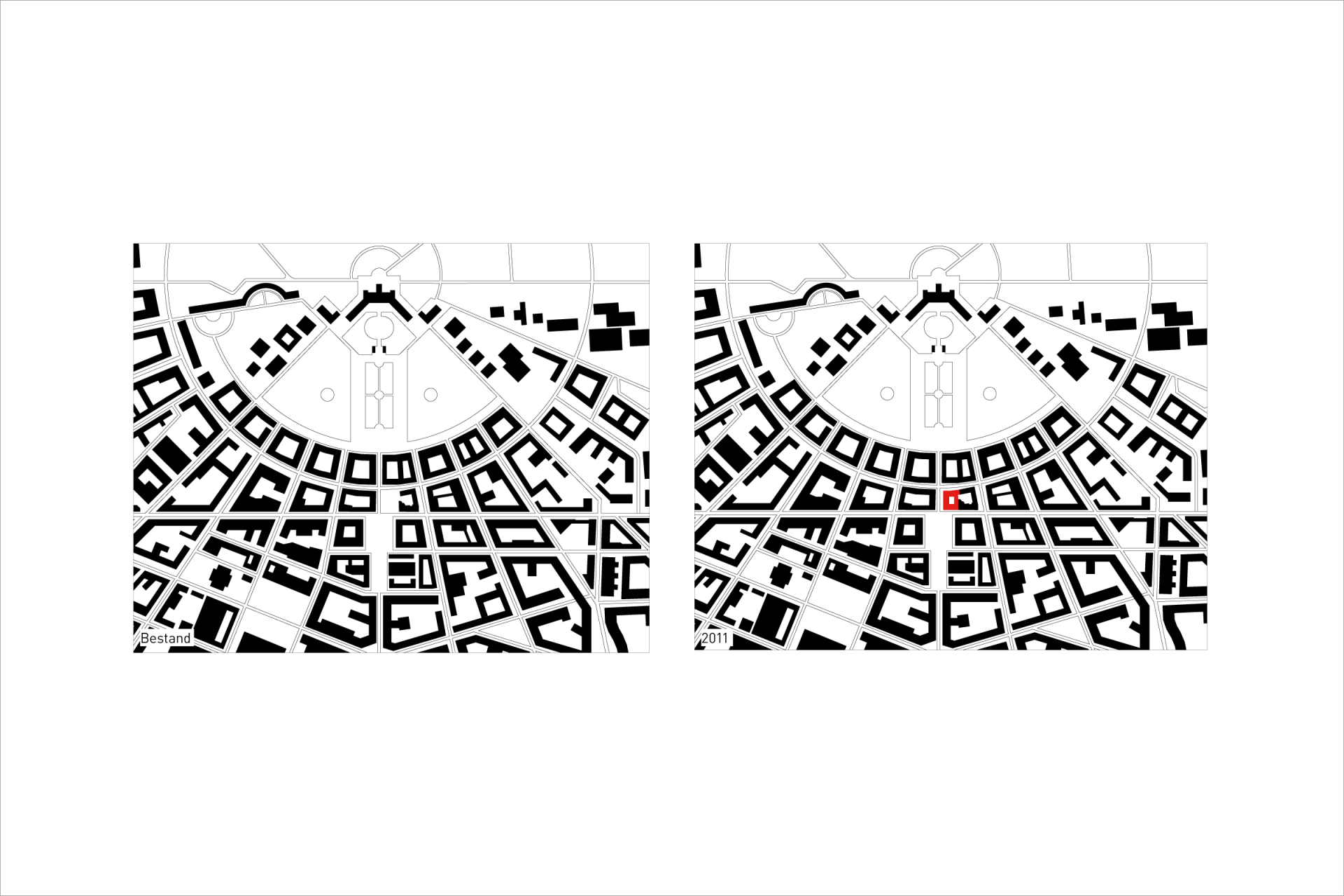