Storage and office building in Reutlingen

The firm EKZ, a company specialising in equipping libraries, needed a warehouse building as well as new administrative premises. The programme envisaged initially leasing out part of the office space to others.

The concept behind the building makes use of the reliable model of bifurcation: the office building forms the head of the facility and is directly connected to the two floors of the storage building. An underground car park lies under the complex. The movement of goods takes place on the side away from the street.

The administrative building has light grey rendering. From a design standpoint, the entrance hall forms a single entity with the adjoining warehouse: its façades are clad with red wood-based panels and vertical glulam battens covering the joints. The vertical emphasis of the façade design is amplified through rhythmically aligned projected bays along the long side of the building. These also serve as bracing.

With this entrance hall, we have continued the concept we initially selected for the tax office in Reutlingen, namely using a largely closed-in space with only few, deliberately situated apertures to admit light. Here, the staircase is installed more-or-less as a freestanding object in the space. The white painted walls and parapets reflect the daylight. Upon entering the introverted space one is all the more surprised, given how bright it is, as the interior cannot be seen from outside and because its seems very closed-in by dint of its convex façade.

During the construction phase the original budget had to be reduced by 10 percent, which meant considerable planning changes in the details. 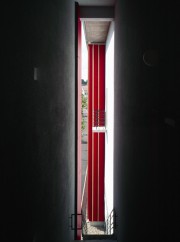 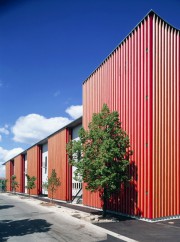 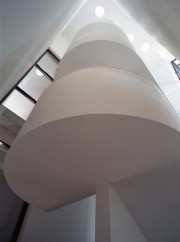 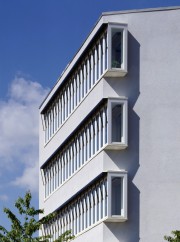 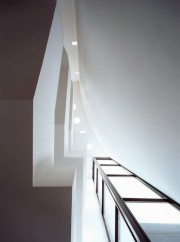 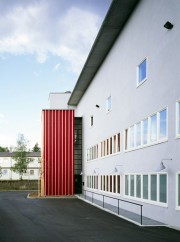 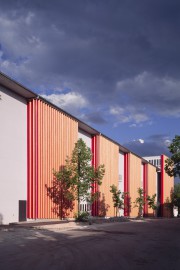 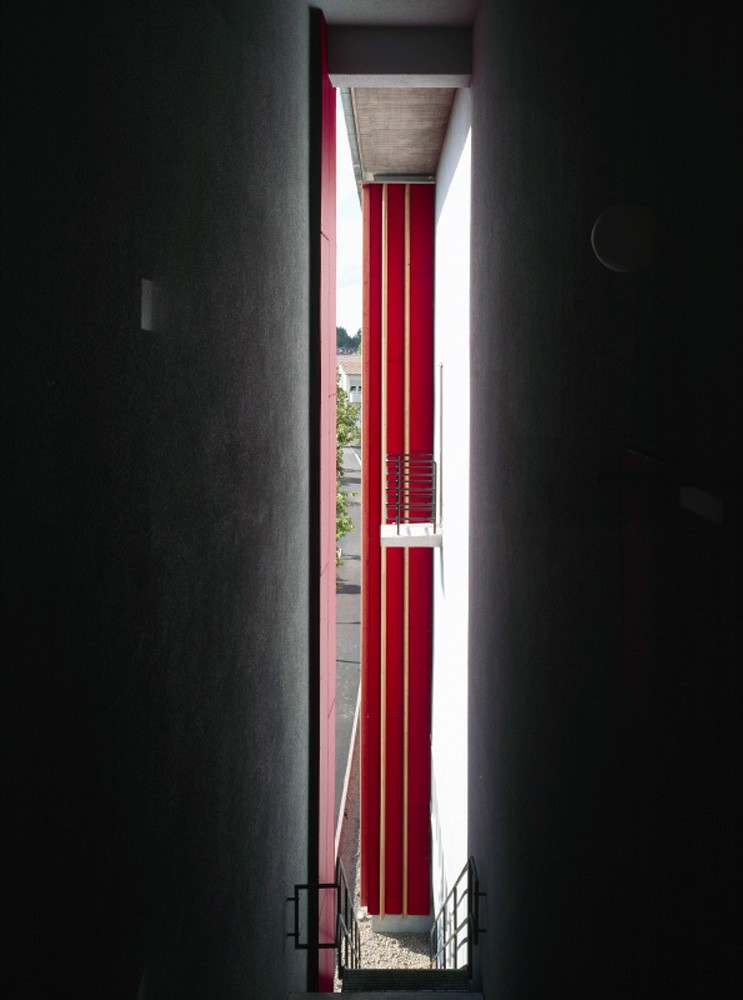 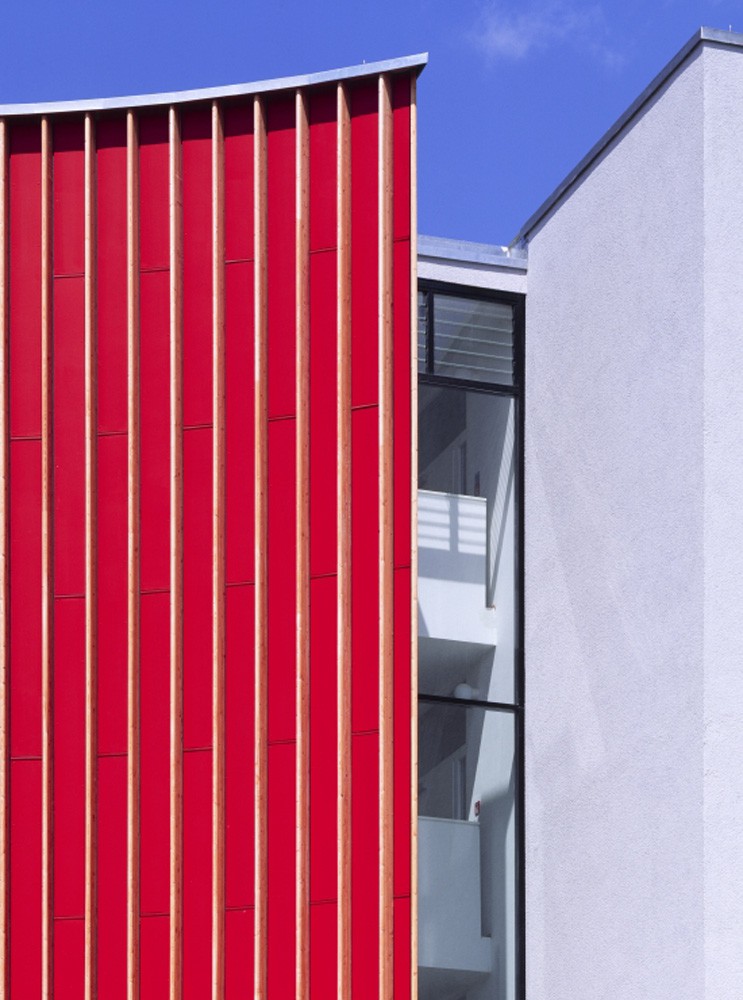 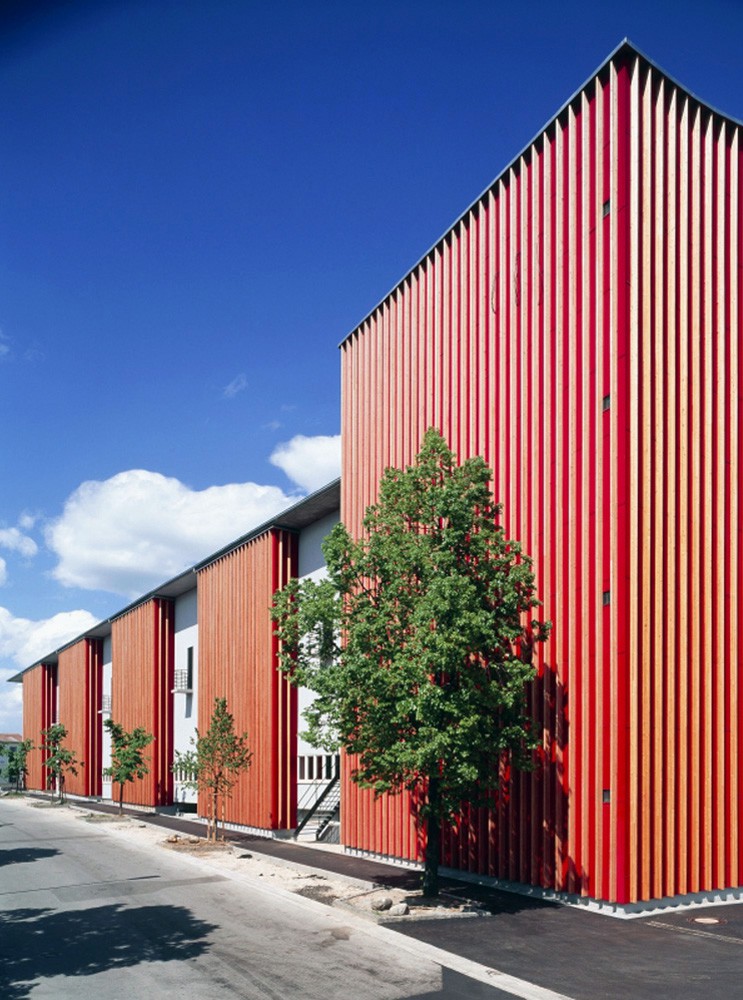 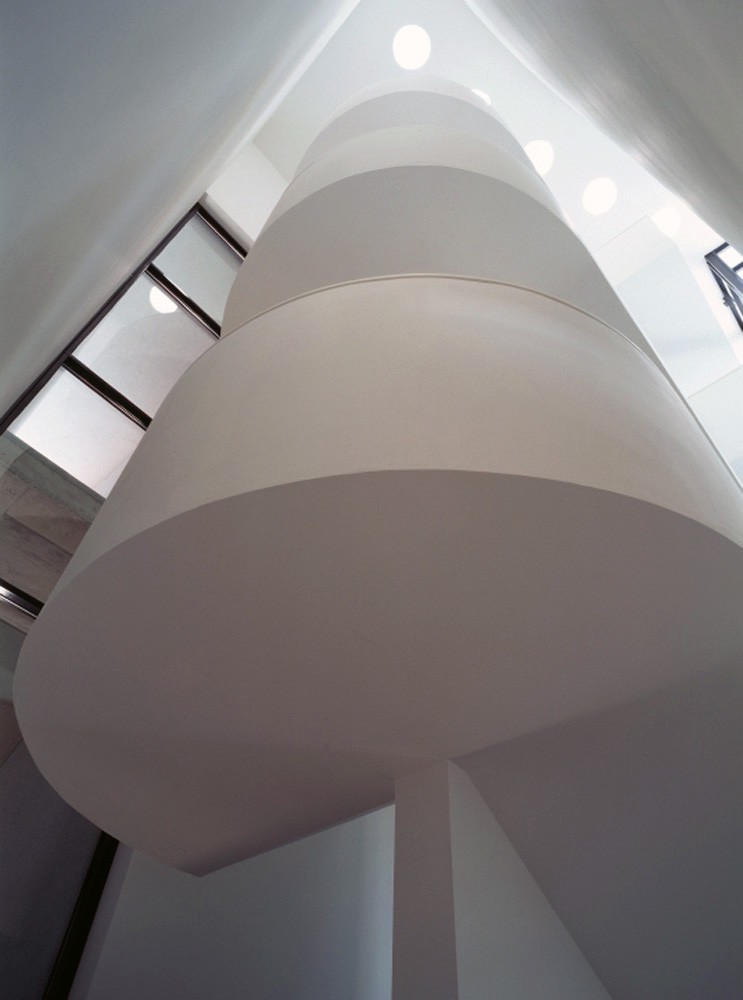 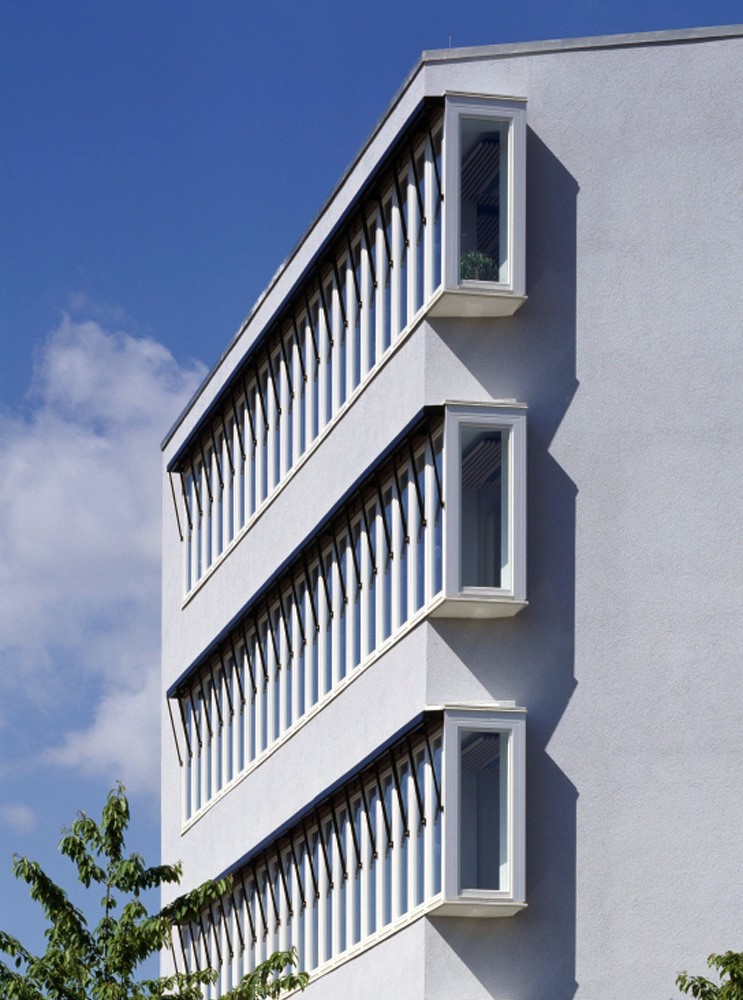 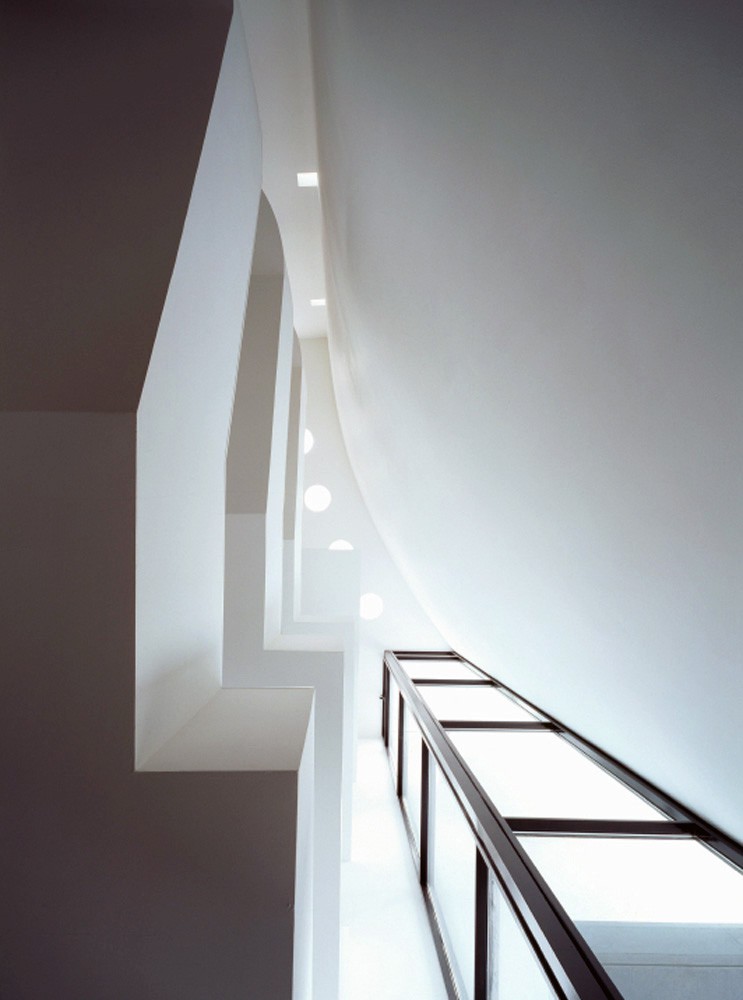 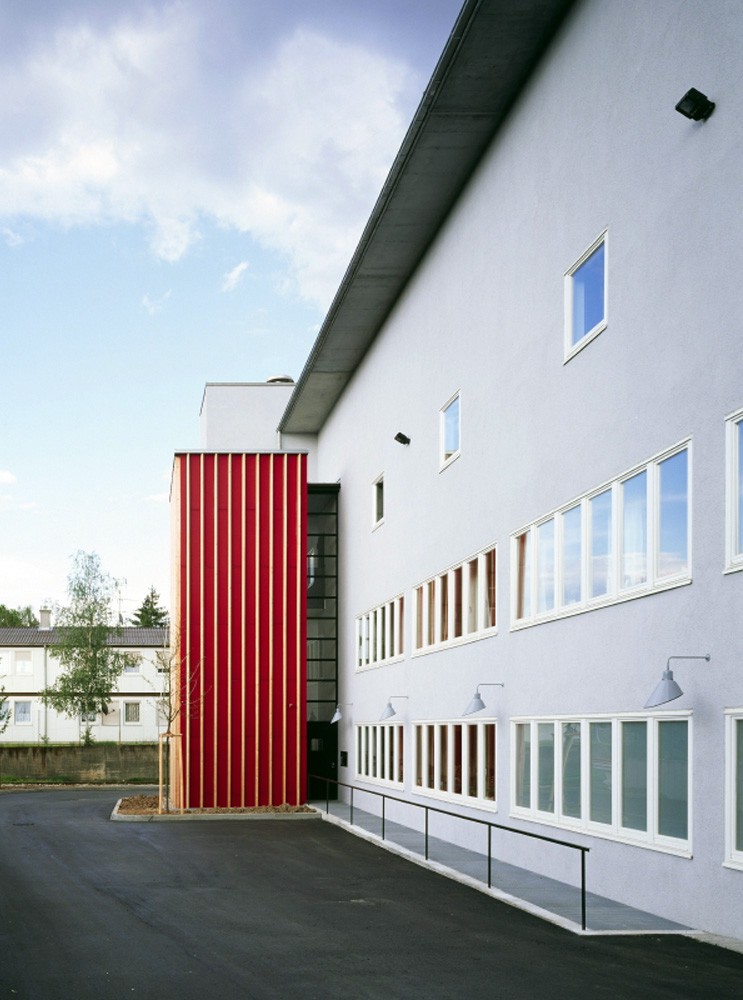 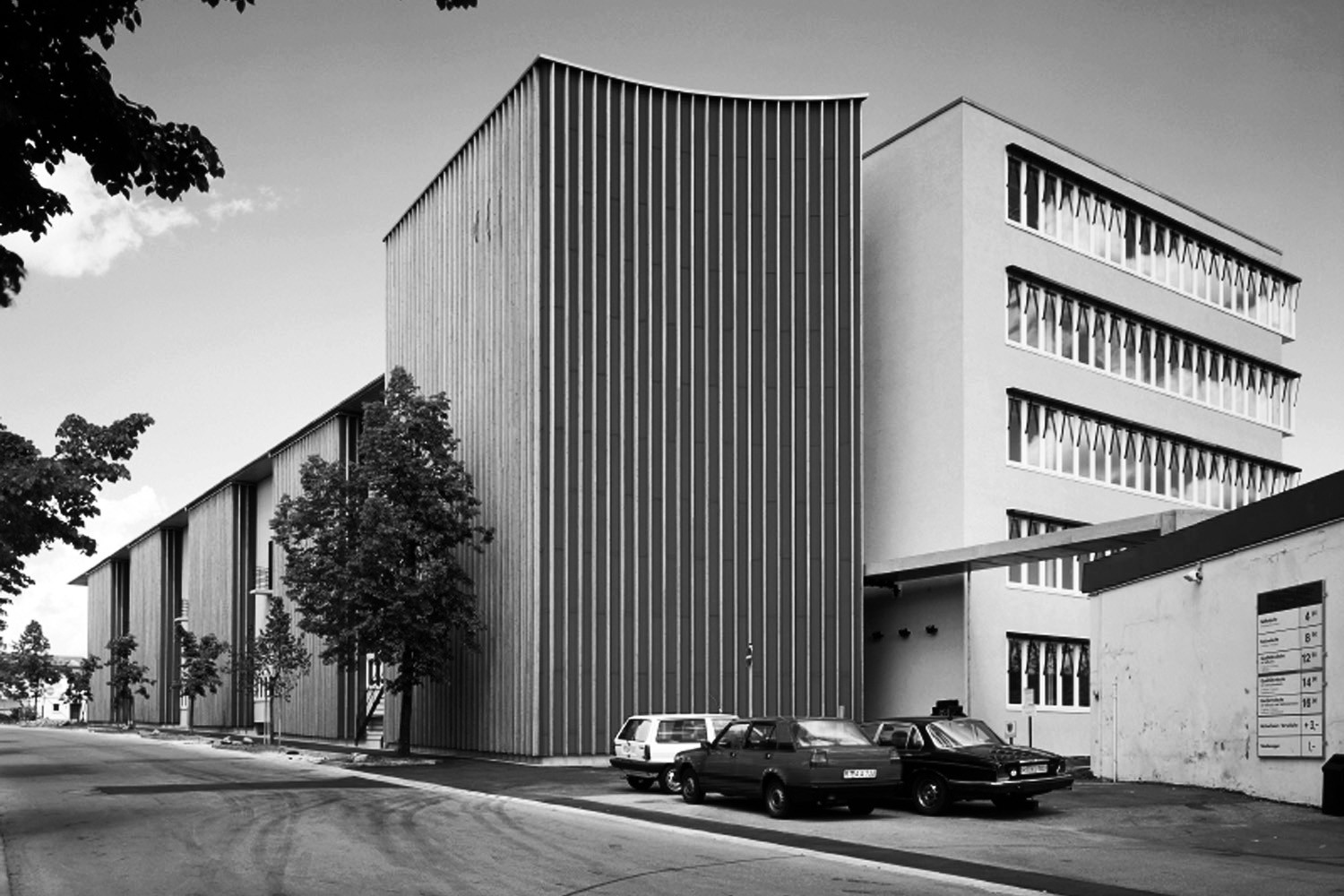 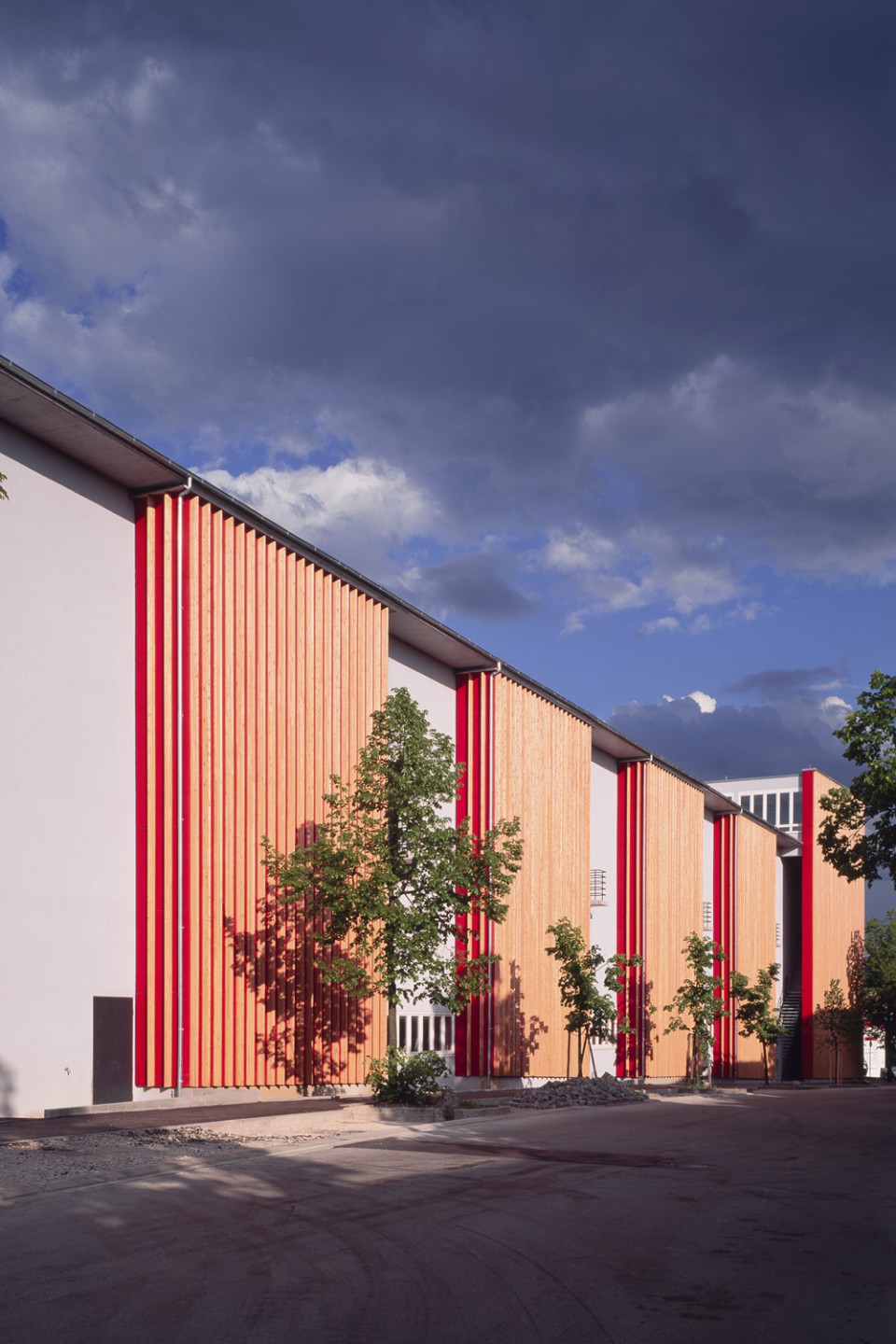 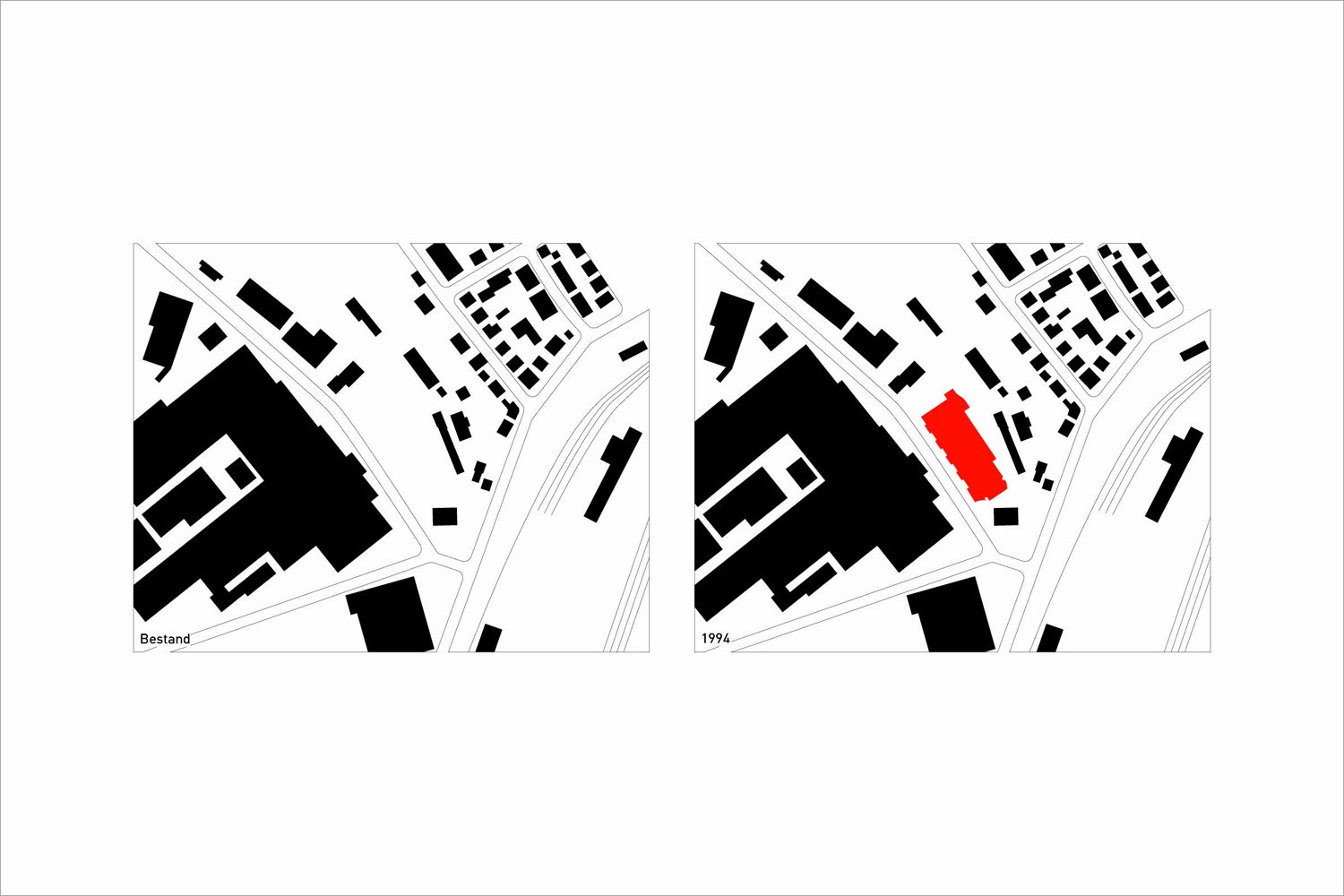