The school for academically gifted children in Schwäbisch Gmünd offers boarding facilities and was erected by the State of Baden-Württemberg between 2004 and 2009, on the site of a barracks complex made available by the city. Our commission covered the conversion of four buildings overall. Two accommodation blocks dating from the Third Reich were available for housing pupils, and for the teachers there were two residential blocks that had been erected at the beginning of the 20th century. The difference in architecture between the two epochs is huge. While the two older residential blocks had still been built with high-quality workmanship in detail and design, the resources committed to the building type from the 1930s were reduced to carelessly carrying out the very least that was necessary.
The exteriors of the teachers’ blocks were restored to their original condition; the finish structure of the old rendering, including its reliefs, was renewed. Dividing the blocks into individual apartments according to the dimensions specified by the clients required new vertical circulation elements in one case. These have been constructed in exposed concrete and set at a distance in front of the old façade. The individual units received added balconies on the southern side.

In the second teachers’ block –a building that was originally intended for the high-ranking military – the space being sought was not available, so the building was extended with a new structure. This extension is linked to the existing building with a two-storey hallway, by means of which a private inner courtyard was gained for the residents. Here too, the detailing of the old façade was restored. This contrasts with the extension’s exposed concrete.

The problems with the two buildings intended for pupils’ accommodation stemmed, to start with, from their ground plan: it was dominated by central corridors extending throughout their entire length and accessed by two staircases each. This spatial configuration, at first sight unfavourably reminiscent of barracks architecture, needed to be broken up. As the individual rooms were too deep, we shortened each of them by means of a short hallway. We then fitted a wet area, a kitchen and a dining area into the space now freed up in the original hallway. In so doing, that enabled us to connect two apartments to one staircase. Because of the façade’s strict rhythm, and in the interest of getting enough light, some of the rooms are configured on a slant. Large apertures were cut into the walls between the new hallways and the kitchens and dining rooms, making it possible to view into the rooms.

Typical for this sort of Nazi building is the large hipped roof encompassing two storeys, which was lined with a second layer that was built of reinforced concrete, to provide protection from air raids. We converted the upper part of the roofs into greenhouses, which establish the character of the converted houses when seen at a distance – above all in the evenings. The lower part now houses common rooms for the pupil’s leisure time.

Each apartment received its own balcony, mounted onto the façade like a cable car gondola poised in front. In view of the fact that the ground floor levels in the buildings are actually raised, in front of both houses we set down a wide plinth that, on the one hand, screens the lower apartments from view and, on the other, provides the lower level with a private and protected open area. 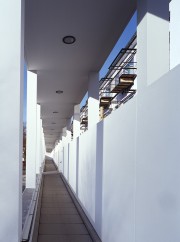 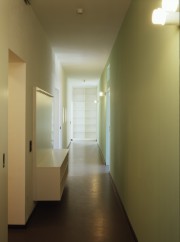 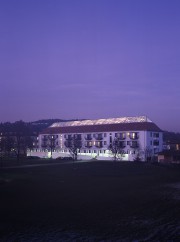 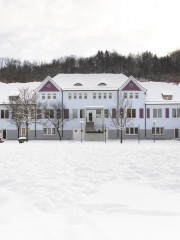 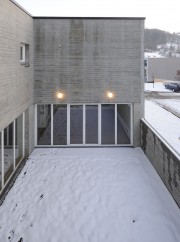 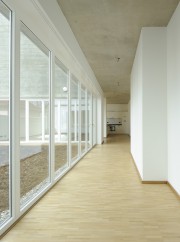 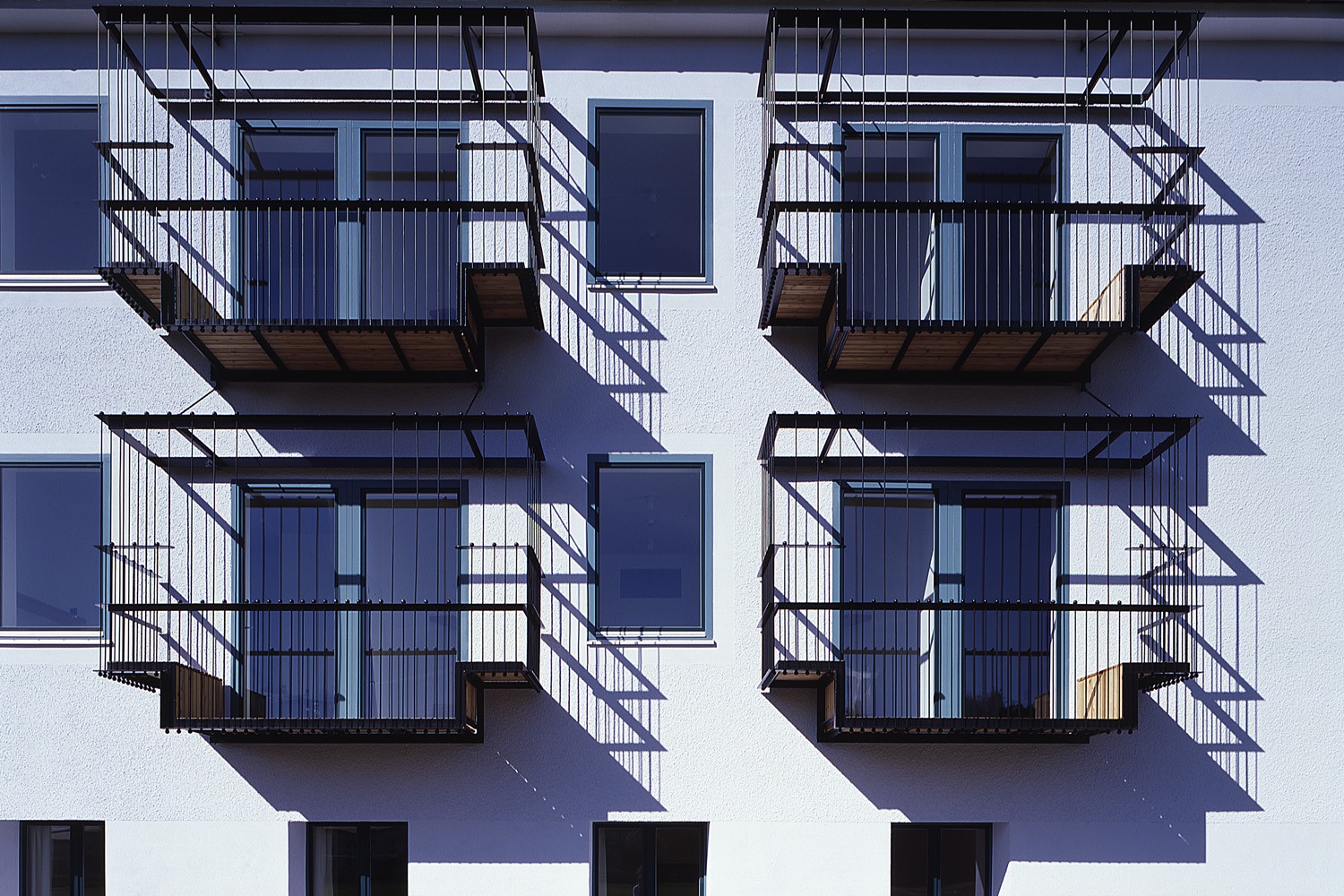 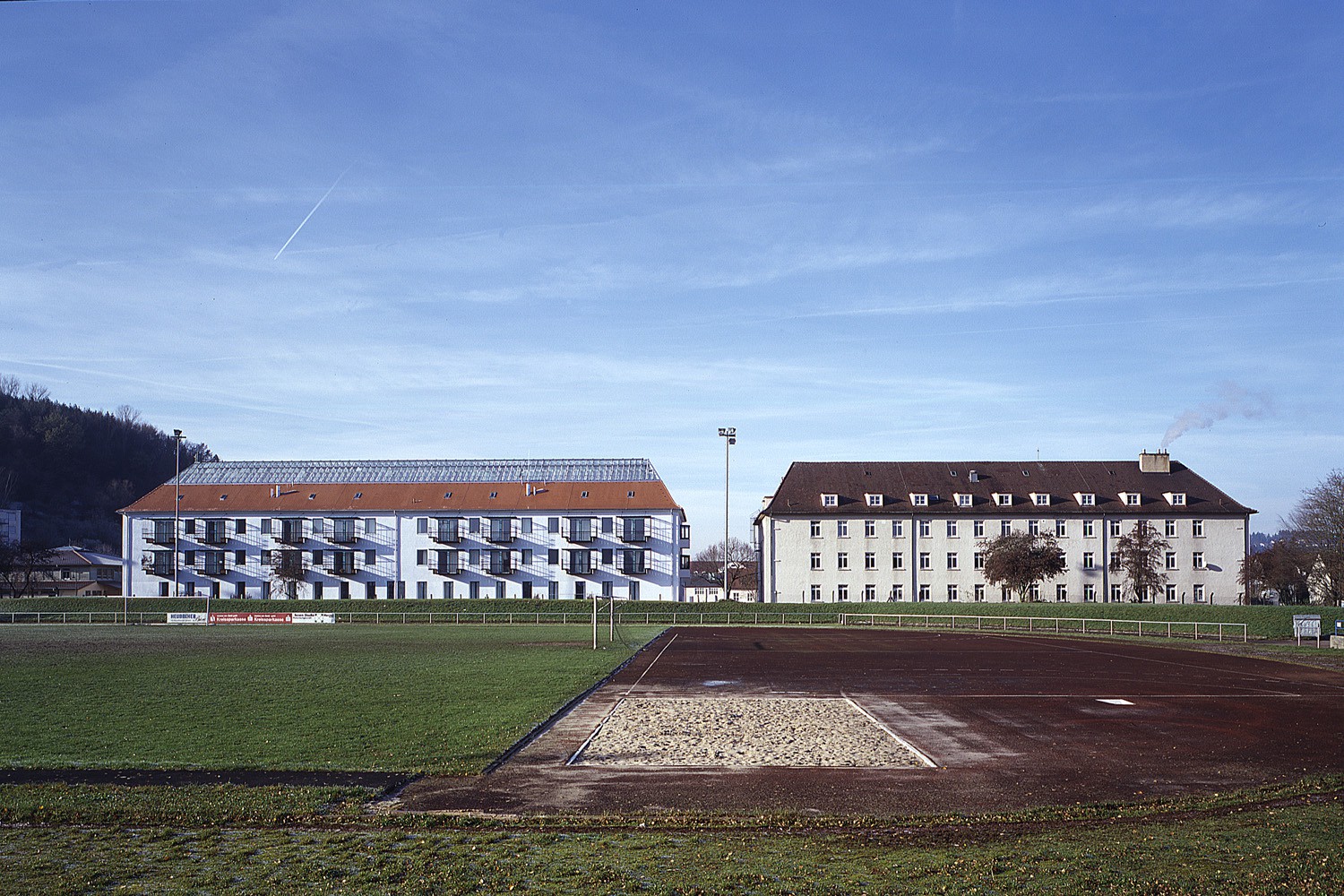 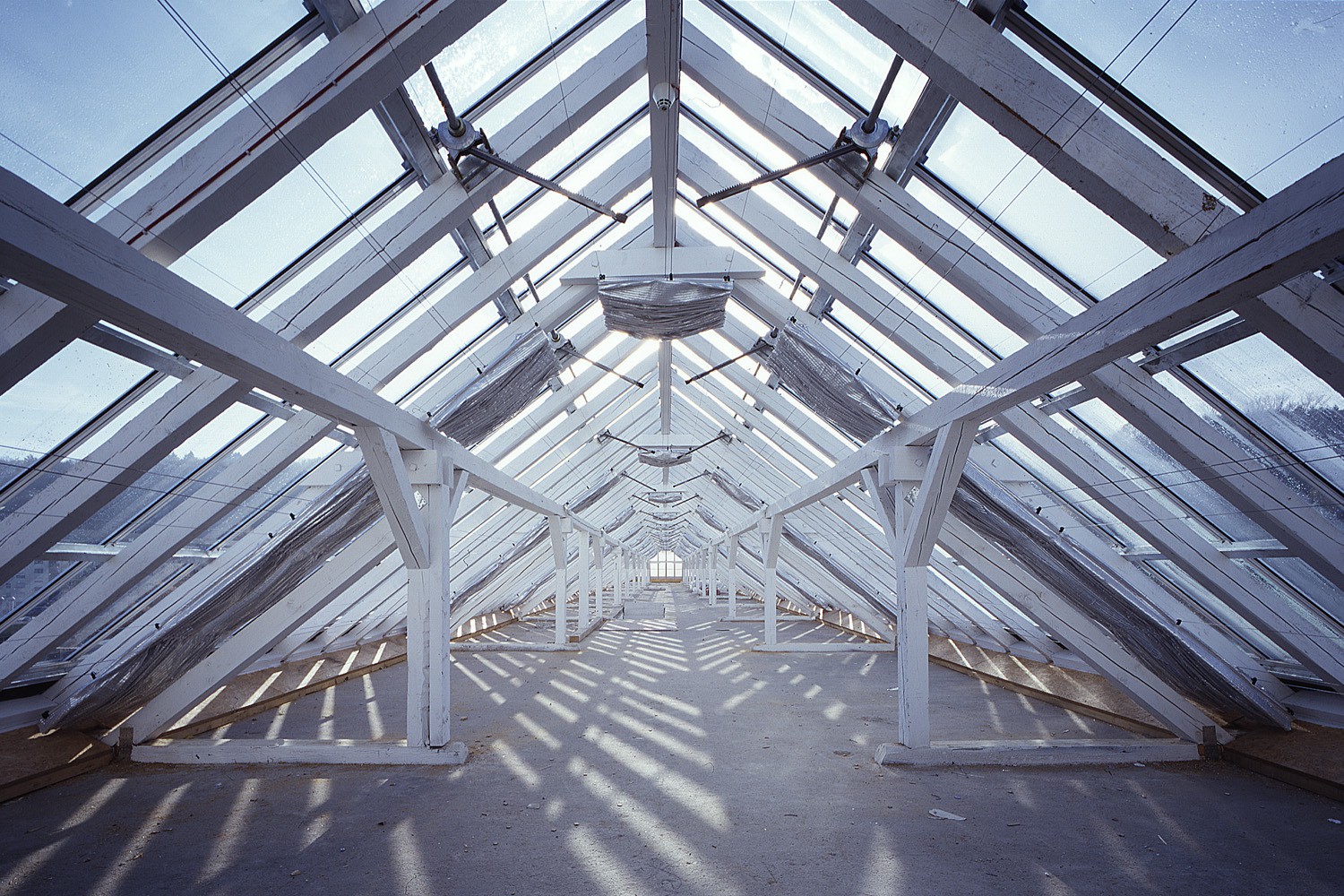 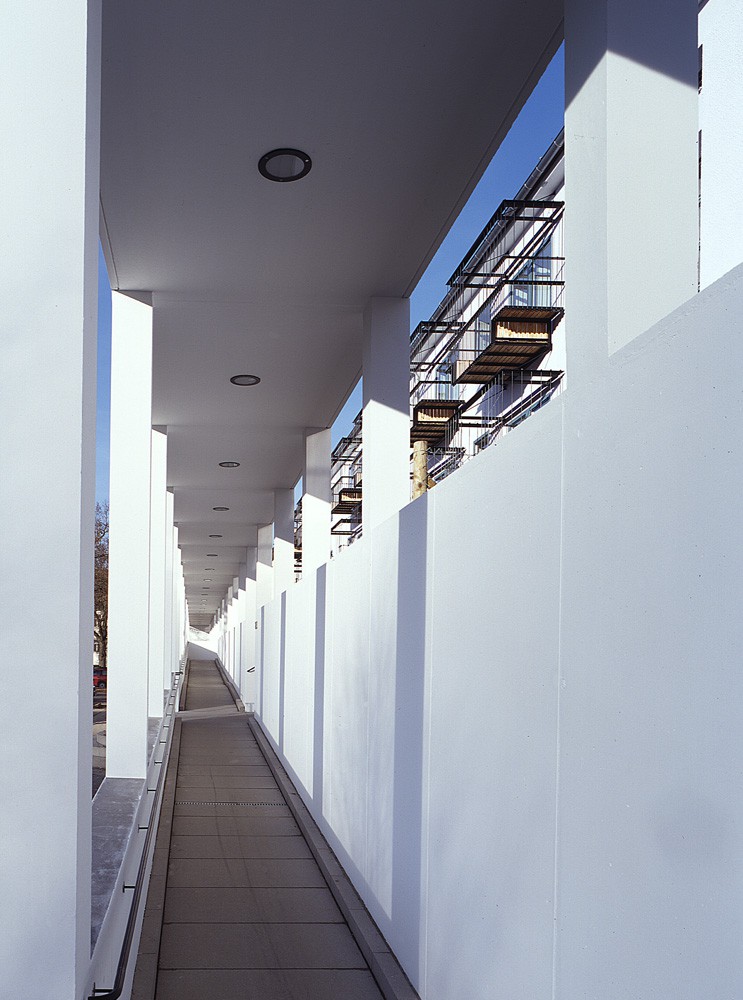 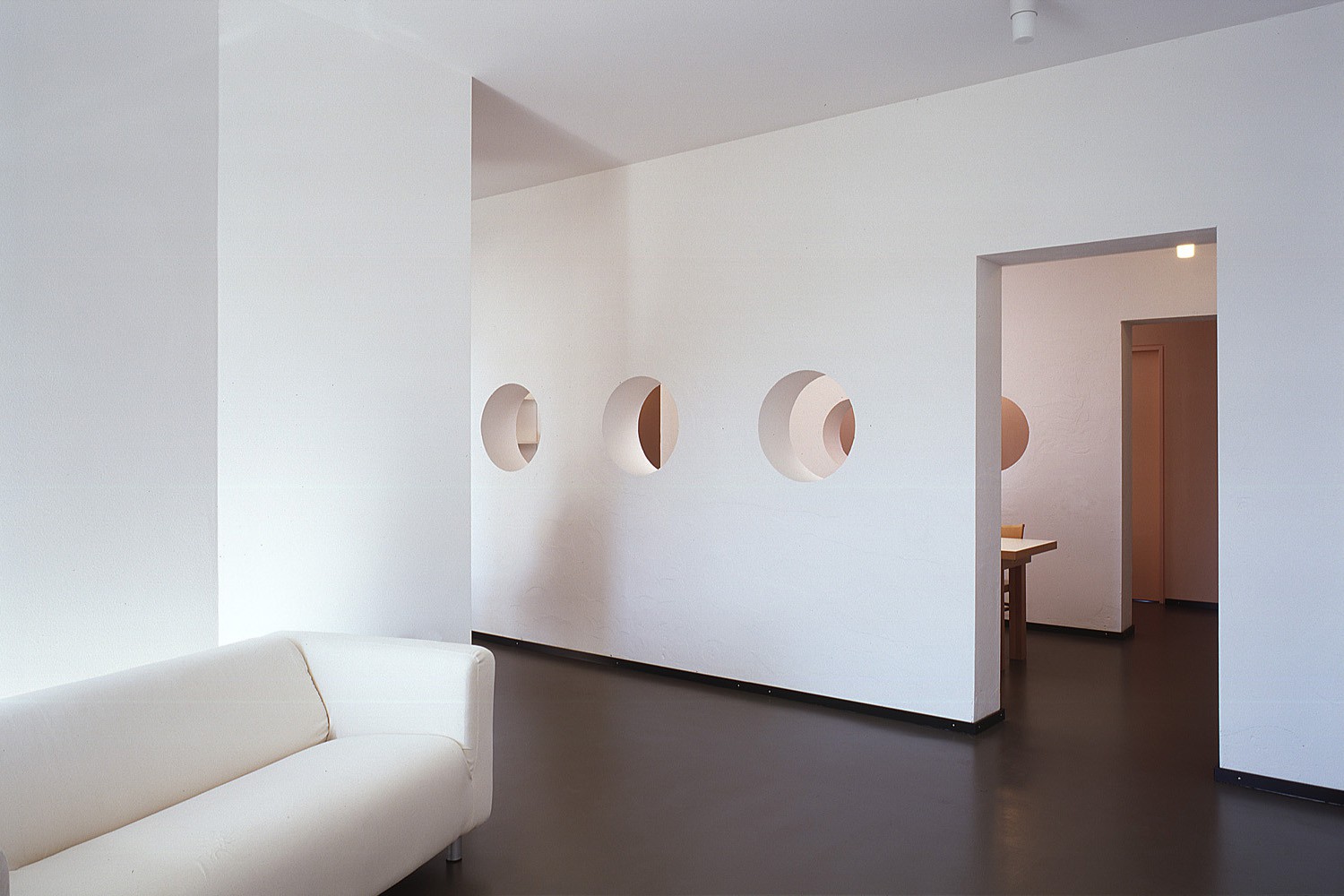 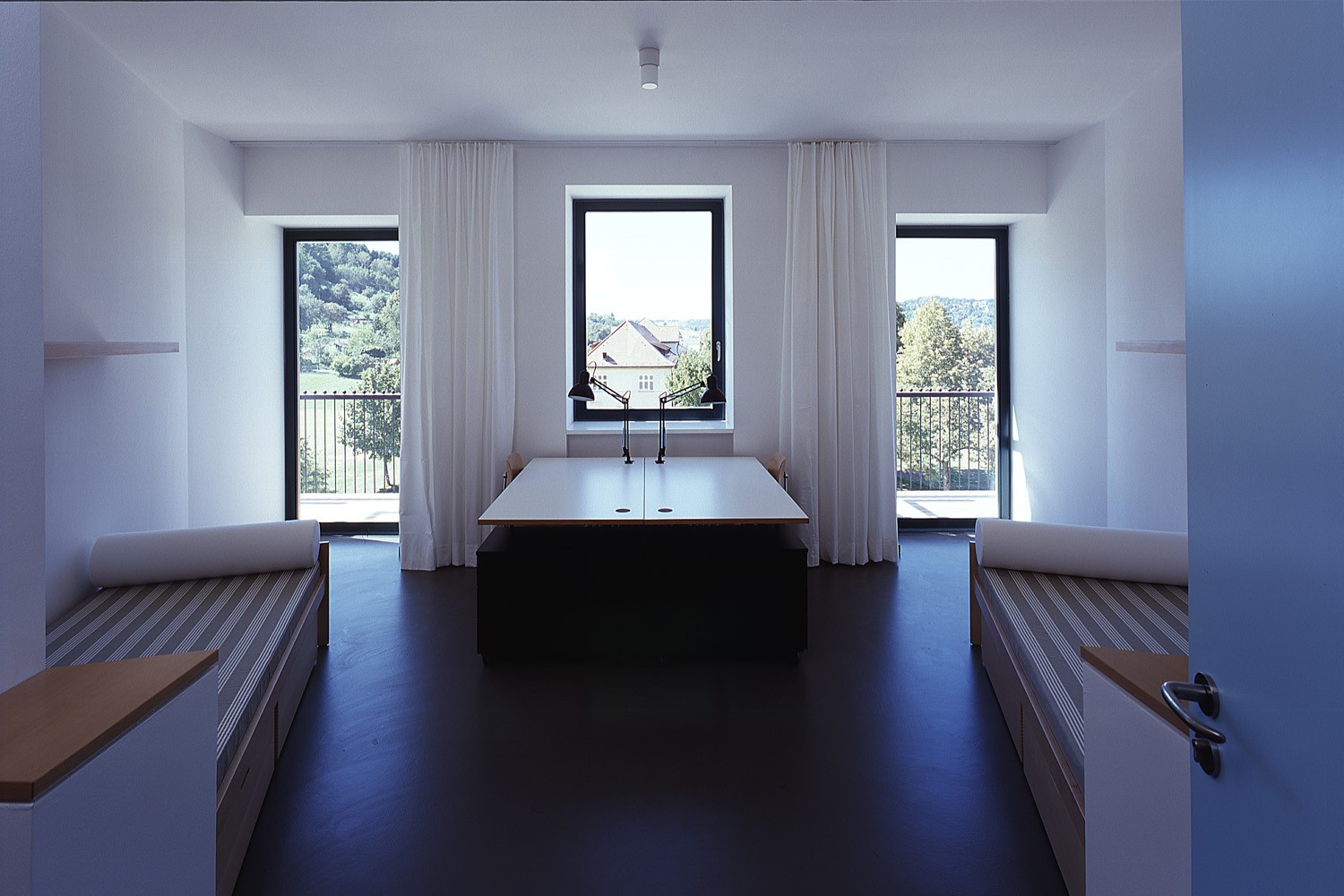 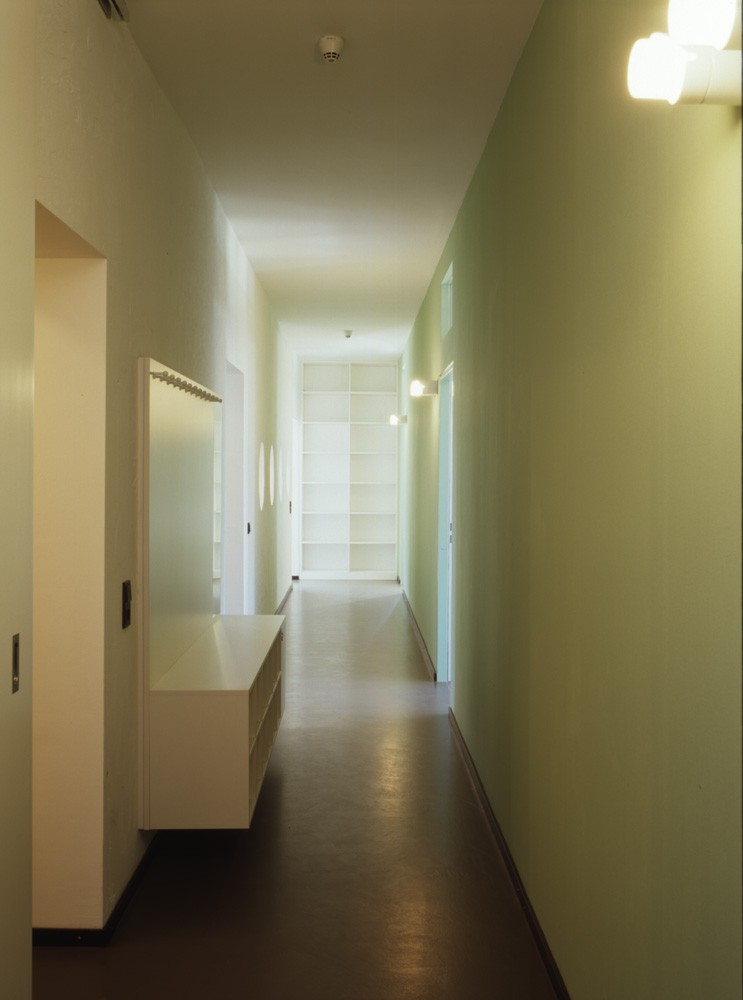 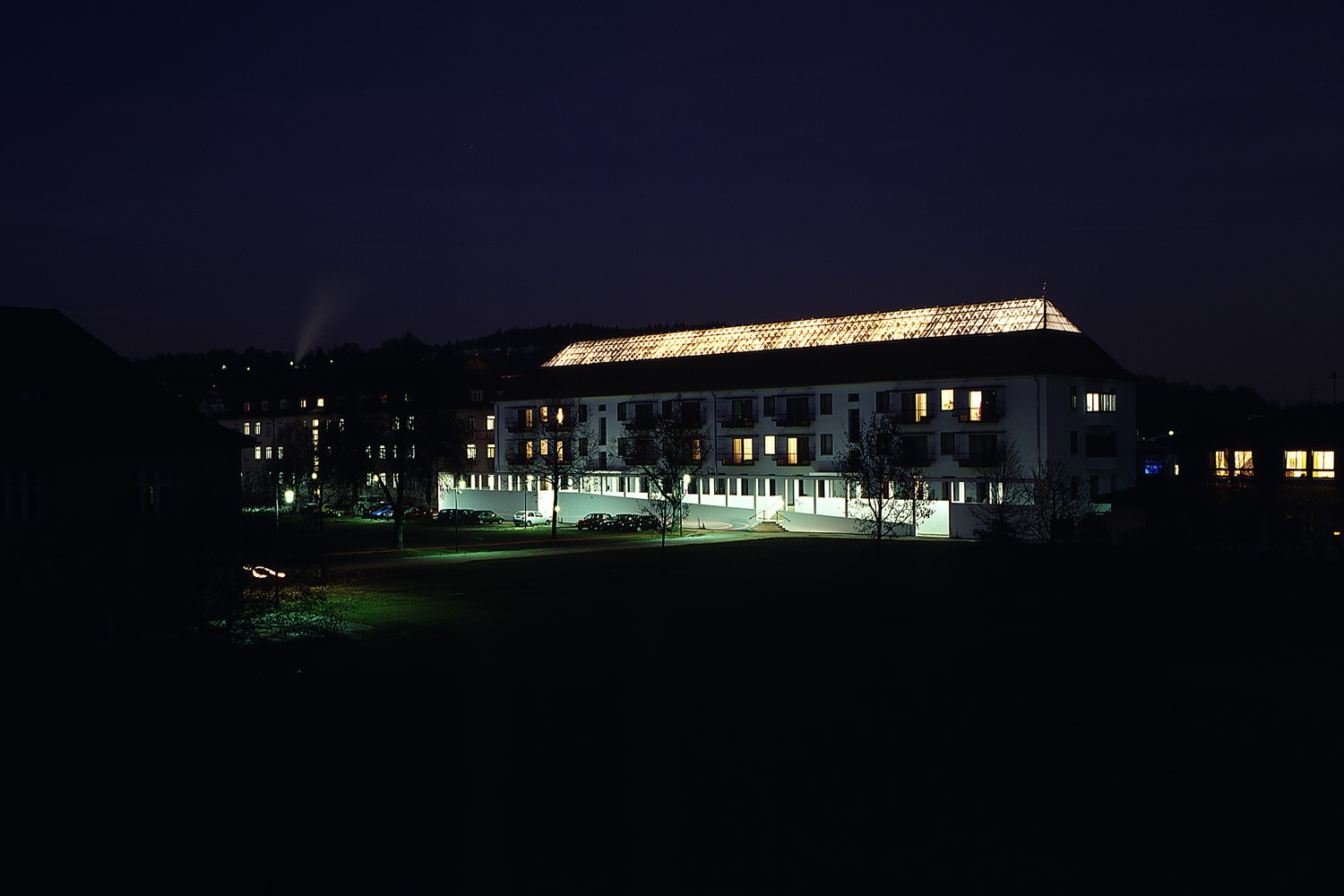 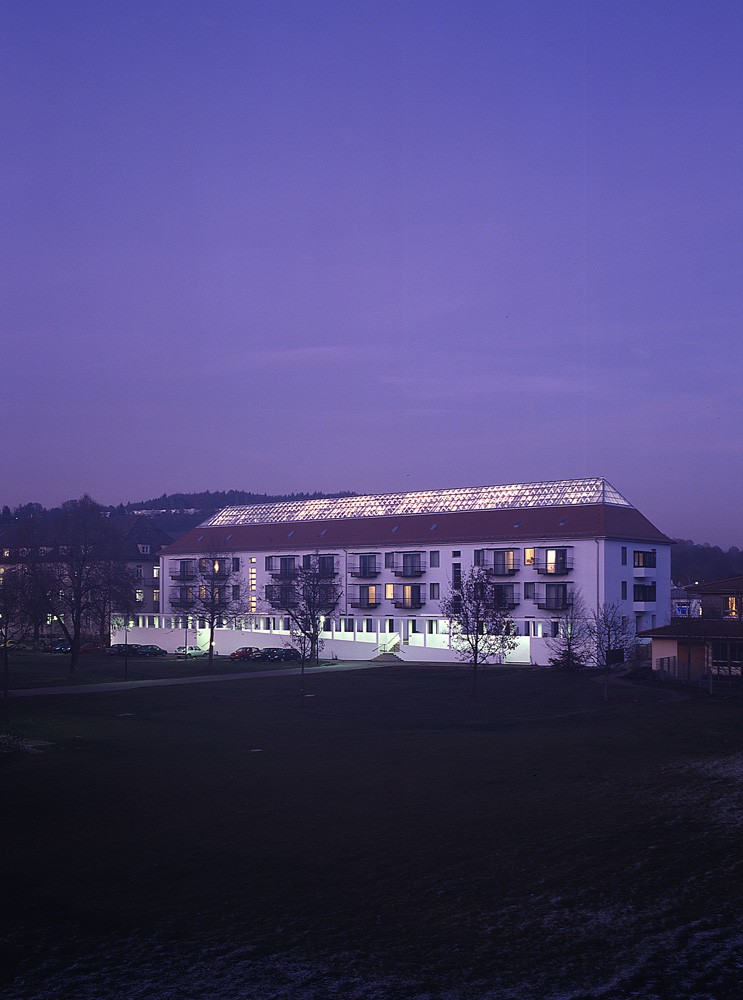 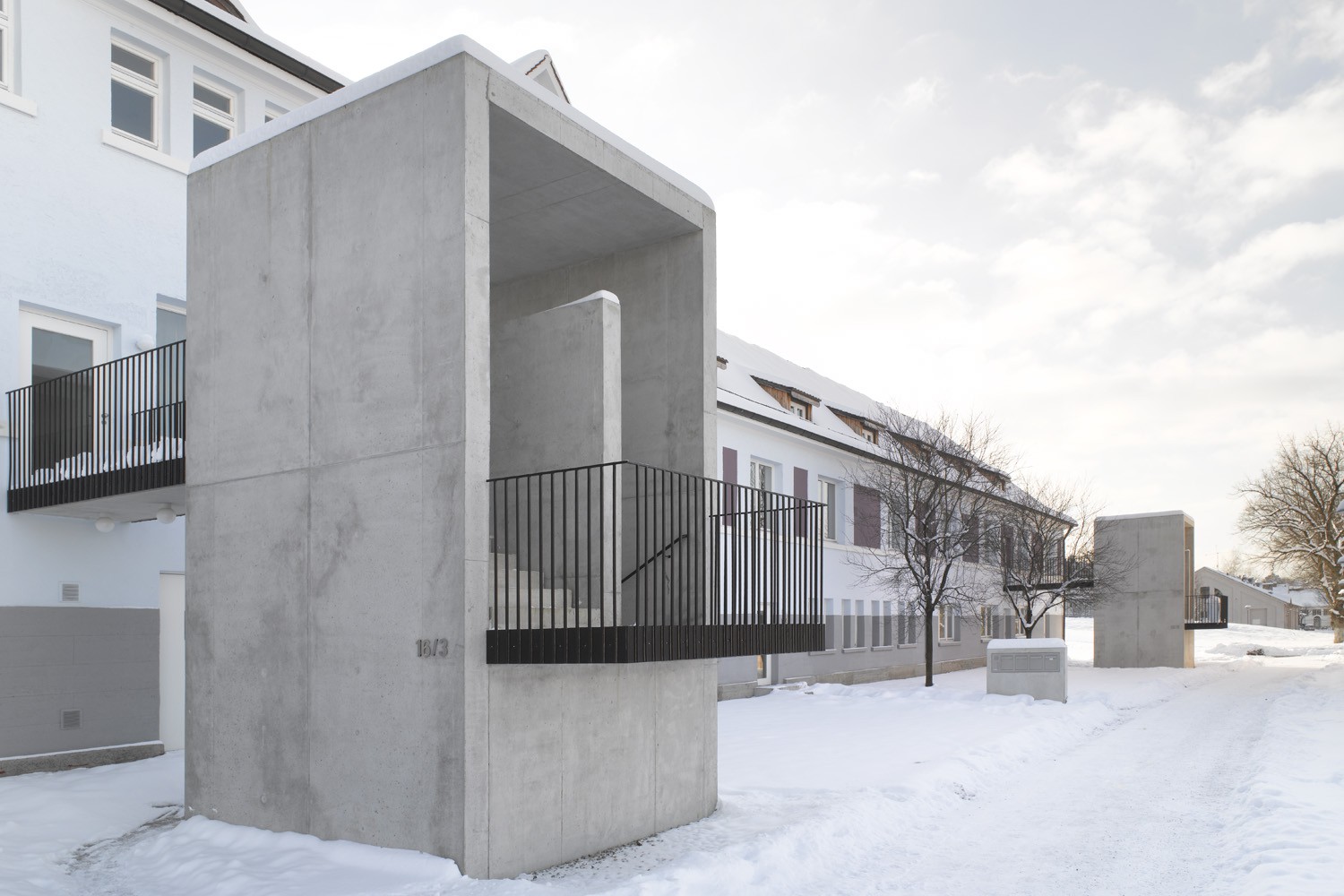 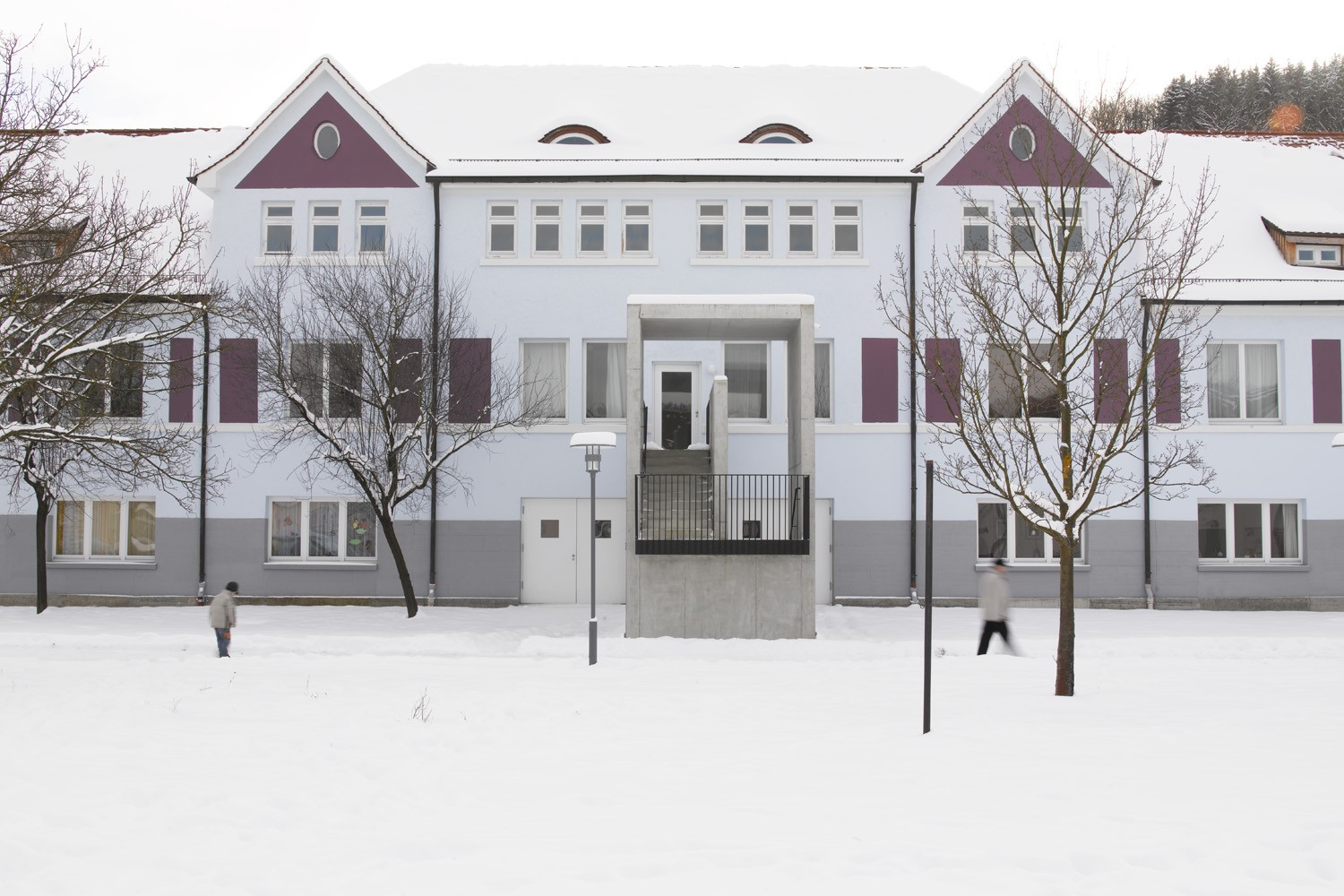 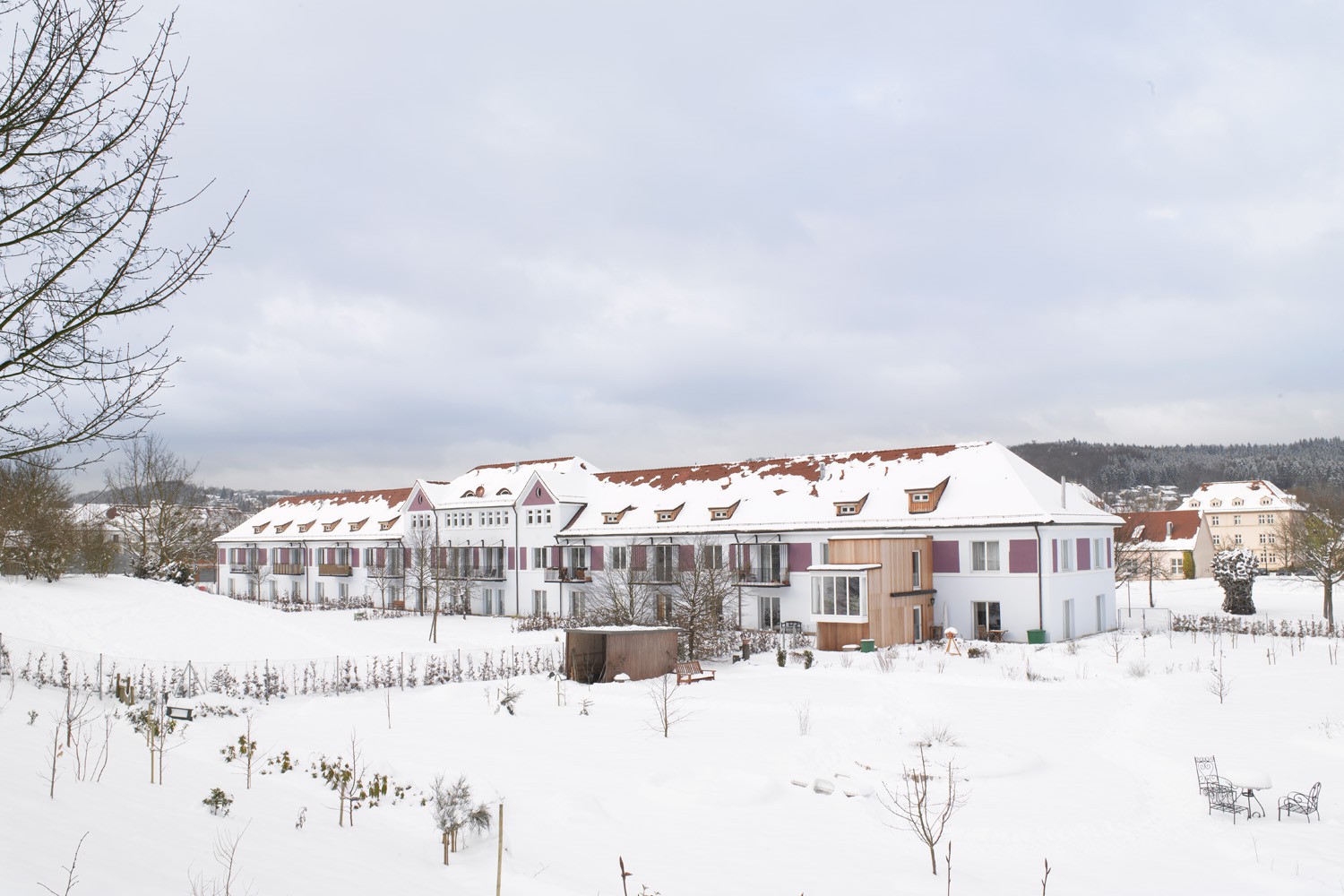 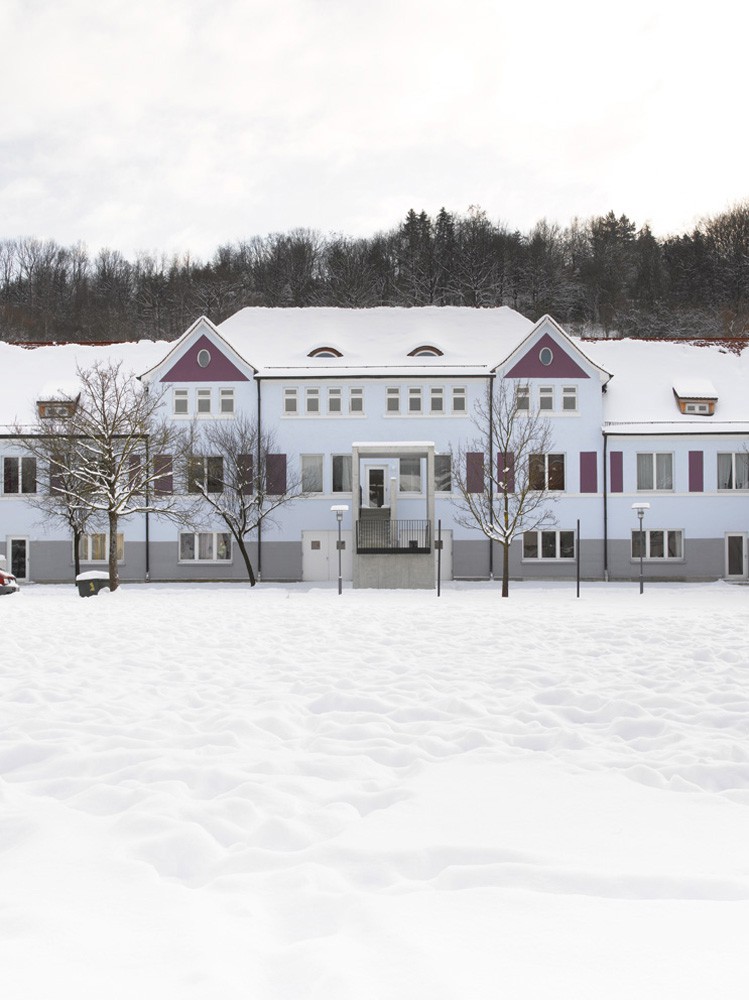 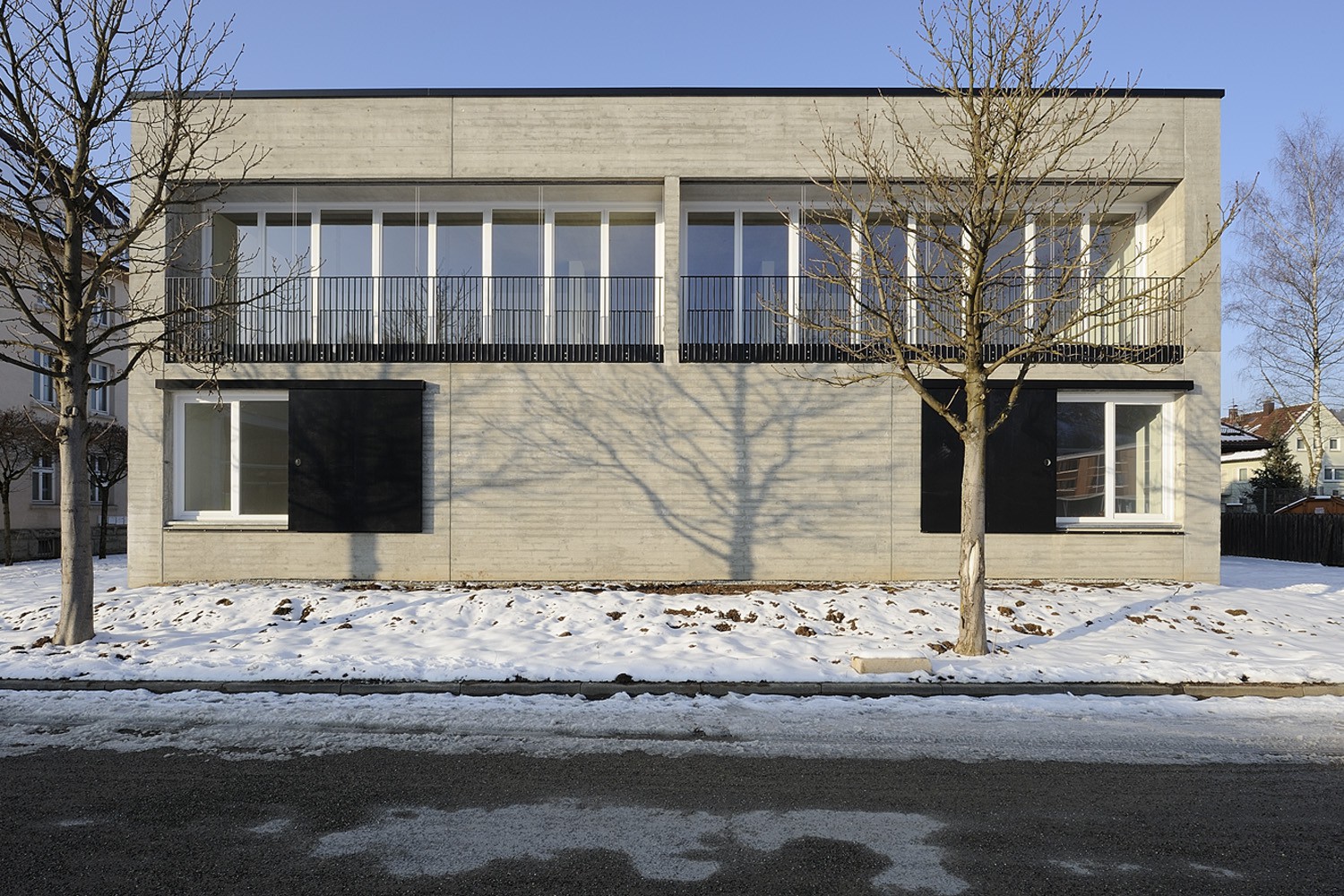 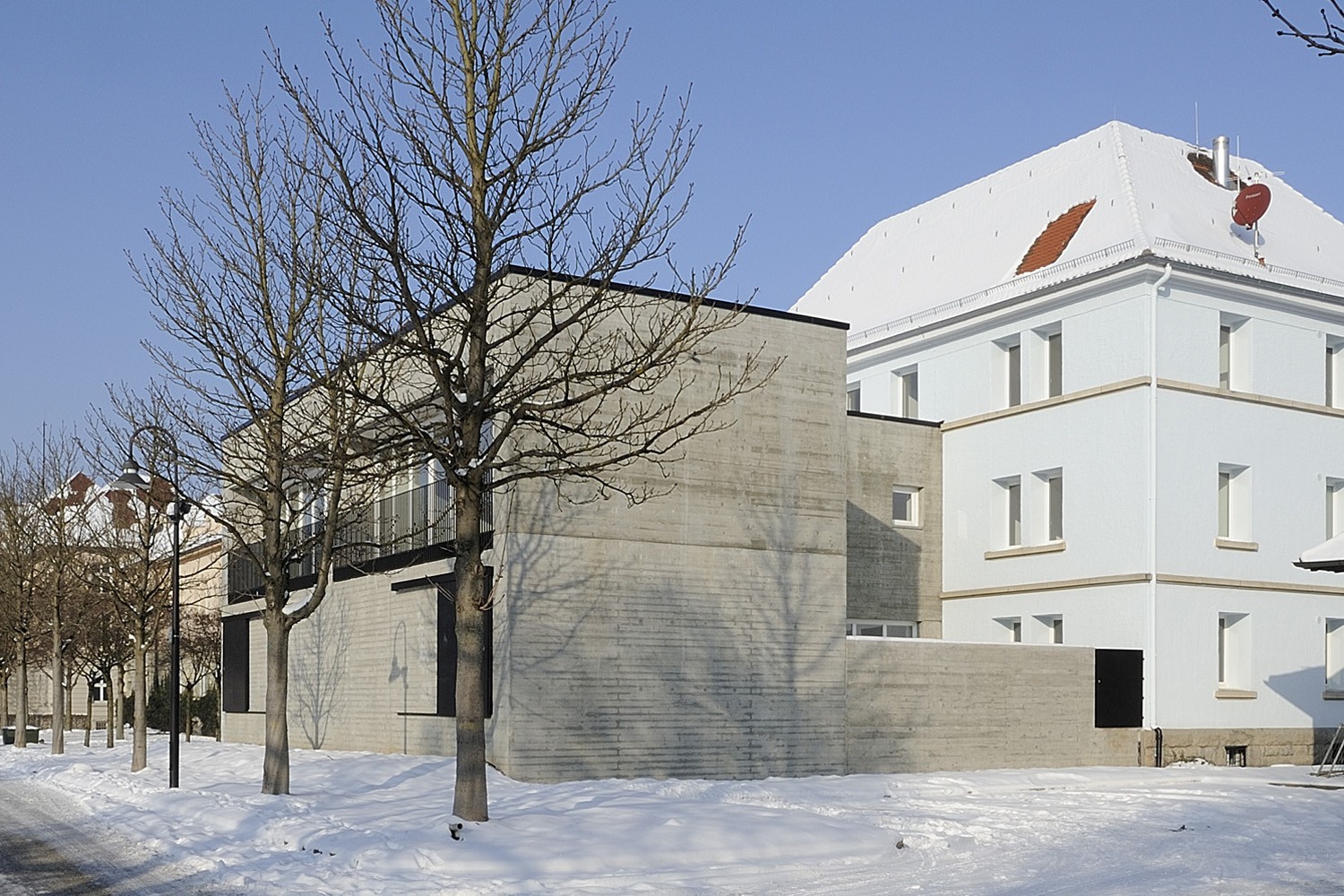 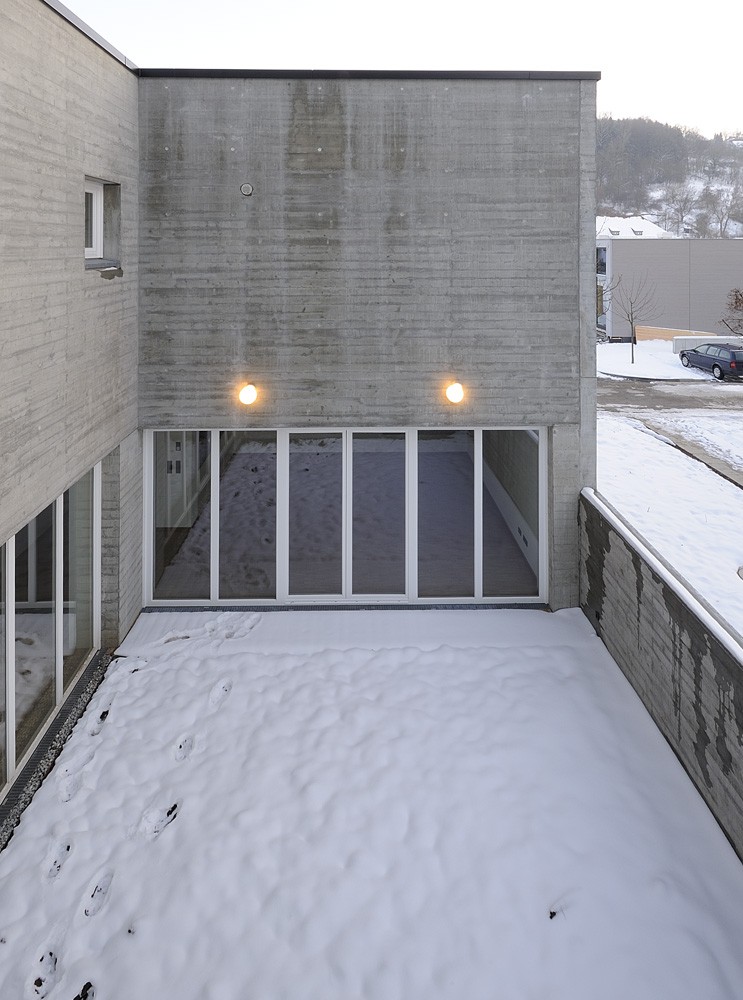 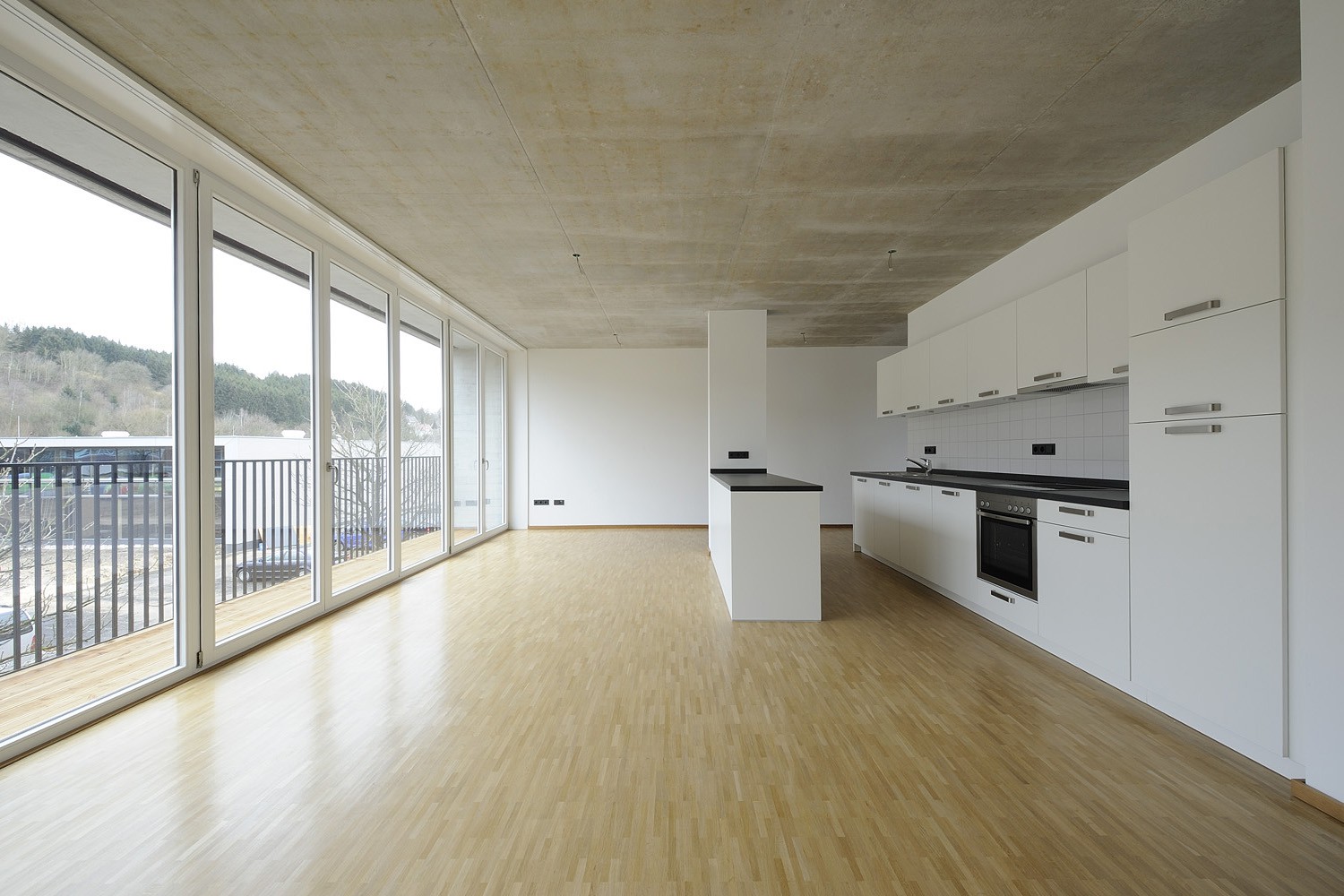 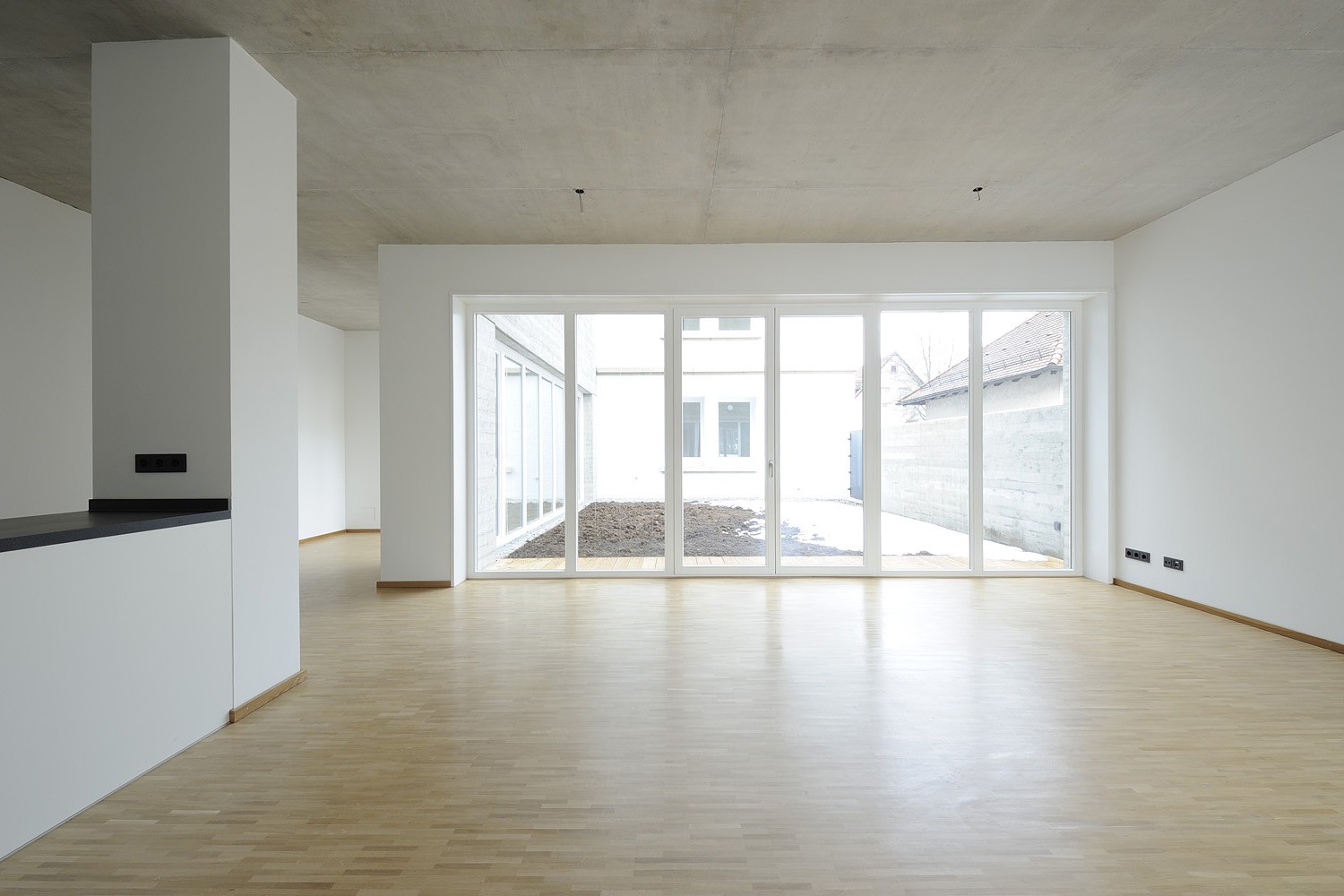 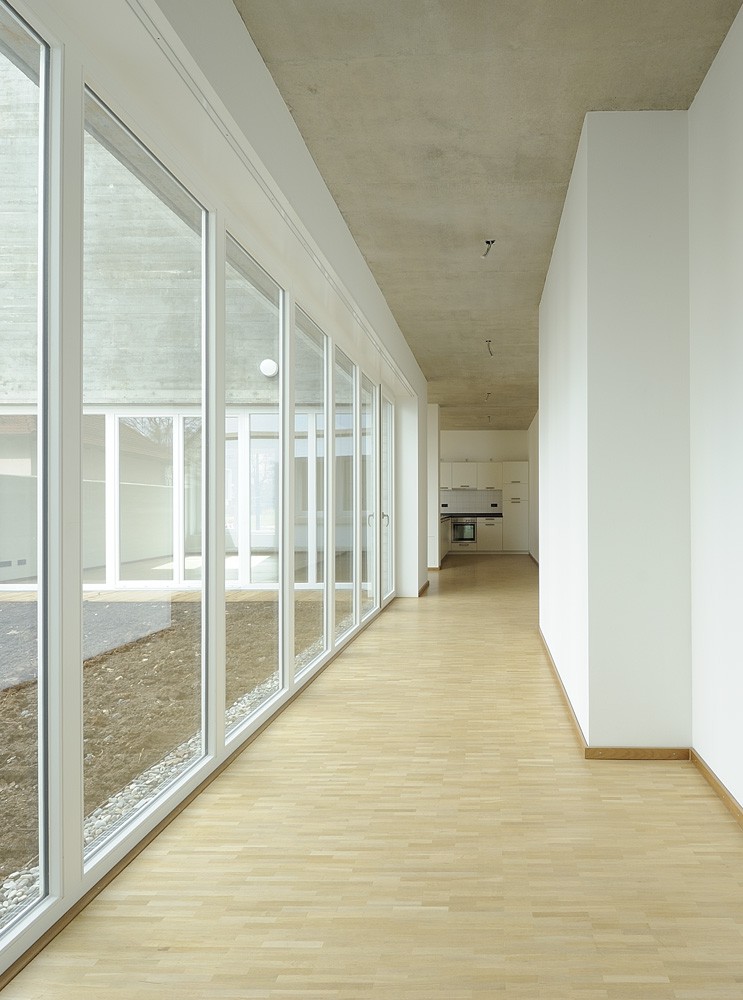 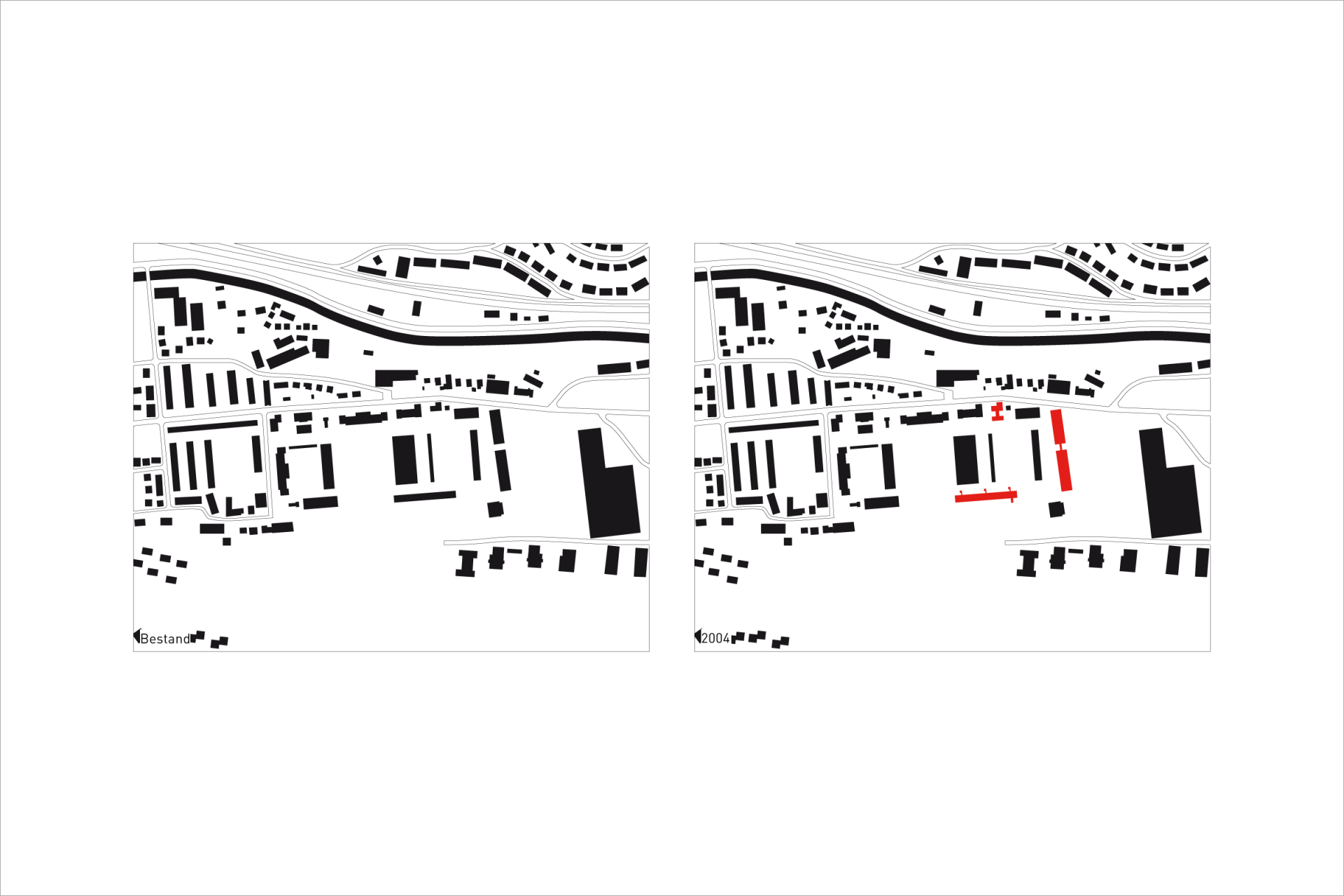